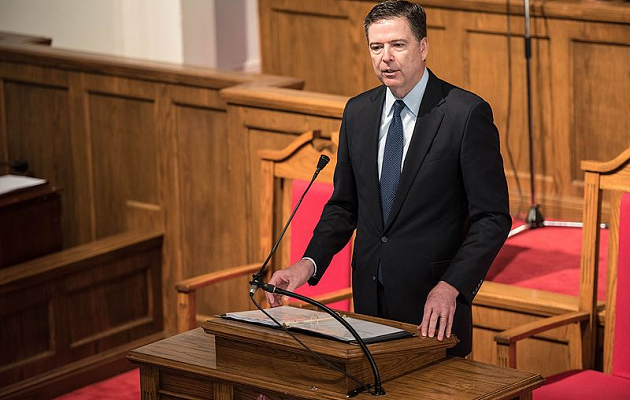 The chairmen of the House Judiciary and House Oversight and Government Reform Committees released a transcript of an interview conducted Friday with former FBI Director James Comey.

Comey appeared in response to a subpoena for his testimony. The former FBI chief initially sought a public hearing before the committees, which are investigating the FBI’s handling of the Clinton email and Trump-Russia investigations. But after a brief legal battle, Comey agreed to appear behind closed doors for an interview, on the condition that a transcript of the proceedings be released within 24 hours.

According to Virginia Rep. Bob Goodlatte and South Carolina Rep. Trey Gowdy, the chairmen of the Judiciary and Oversight Committees, respectively, Comey will continue his interview on Dec. 17.

The former FBI director testified yet again before a congressional panel, this time in a closed-door session on — yes — Hillary Clinton’s emails. https://t.co/SXDbKKzXSt

In an exchange with Gowdy, Comey quibbled with the idea that the FBI’s investigation, dubbed Crossfire Hurricane, initially focused on the Trump campaign.

But pressed by Gowdy, Comey acknowledged that he did not review the FBI document that authorized Crossfire Hurricane to open.

Gowdy suggested in his questioning that the initiation document, which was written by Peter Strzok, who then served as deputy chief of the FBI’s counterintelligence division, contained a reference to the Trump campaign.

Comey did not identify the four Trump adviser who were put under investigation, but they have since been identified as Michael Flynn, Paul Manafort, Carter Page and George Papadopoulos.

Comey also told lawmakers that by the time he was fired as FBI director, on May 9, 2017, he was not certain whether the Trump campaign colluded with Russians.

The statement comports with what Strzok indicated in text messages that he exchanged with FBI lawyer Lisa Page.

“You and I both know the odds are nothing. If I thought it was likely, I’d be there no question. I hesitate in part because of my gut sense and concern that there’s no big there there,” Strzok wrote to Page on May 19, 2017, two days after Robert Mueller was appointed to oversee the special counsel’s probe.

Strzok was removed from that investigation and ultimately fired from the FBI over his text messages, which showed him expressing anti-Trump sentiments.

Comey told Gowdy during his round of questioning that he likely would have removed Strzok and Page from the Clinton and Russia investigations had he been aware of their text messages.

The transcript can be found here. 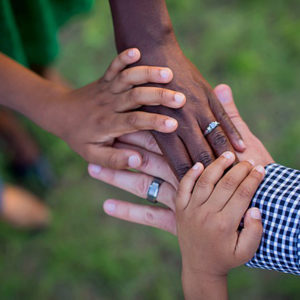