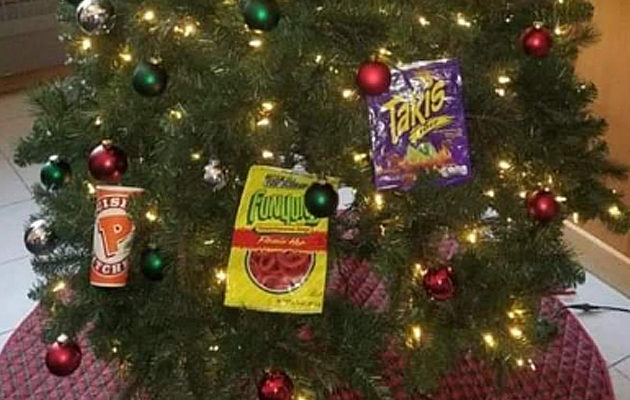 MINNEAPOLIS – The Minneapolis Police Department demoted one of its commanders over a station Christmas tree decorations that black community leaders decried as racist.

The police department announced that Inspector Aaron Biard, commander of north Minneapolis’ Fourth Police Precinct, was demoted to the rank of lieutenant and relegated to the traffic unit over a station Christmas tree decorated with Funyuns and Takis bags, empty cans of Steel Reserve malt liquor, two packs of Newport cigarettes, a Popeyes Louisiana Kitchen cup, and a strip of police tape. The decorations were taken down after an online photo of the tree stirred public outcry from city officials and black community leaders.

This is a photo of a racist and derogatory Christmas tree at the Minneapolis 4th precinct. @jeremiah4north @CunninghamMPLS @Jacob_Frey We must demand an apology and commitment to build better community relations. This is unacceptable. pic.twitter.com/xNq4CUZUu5

Assistant Chief Mike Kjos, the precinct’s previous commander, will serve as a temporary replacement for Biard until a permanent replacement is found.

While the MPD has not named the two police officers responsible for the decorations, the Star Tribune identified the officers as 21-year veterans Mark Bohnsack and Brandy Steberg. The MPD said that no officer will comment on the incident as it is under an active investigation. Steberg and Bohnsack, therefore, have not clarified whether the decorations were a race-based joke or were simply pieces of litter collected from the surrounding area.

Minneapolis Councilman Phillipe Cunningham and Mayor Jacob Frey, both Democrats, nevertheless lambasted the decorations as a mockery and stereotype of black people, with Frey initially calling for the officers’ termination. Minneapolis Police Chief Medaria Arradondo also denounced the decorations and announced that a full investigation of the incident was underway.

Bohnsack and Steberg have been placed on paid leave pending the results of the investigation. 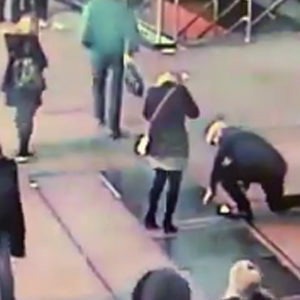 by Nick Givas NEW YORK, NY - The New York Police Department came to the rescue of a newly engaged couple after the man dropped...