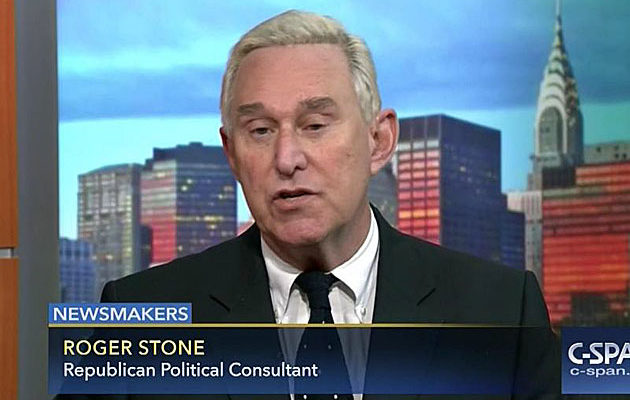 The emails show that in late July 2016, Stone suggested that Corsi or one of his associates get in touch with WikiLeaks founder Julian Assange. Another email, from Aug. 2, 2016, shows that Corsi suggested to Stone that he knew of WikiLeaks’ plans to release information that would damage the Clinton campaign.

The emails are laid out in a statement of offense that Mueller’s team prepared as part of a plea agreement offered to Corsi.

The plea offer, which Corsi rejected, provides the clearest picture yet of what prosecutors are investigating regarding Stone, a longtime GOP political operative. It also sheds light on why prosecutors have spent so much time dealing with Corsi, a former InfoWars correspondent.

Corsi, who has a joint defense agreement with President Donald Trump, has appeared twice before a grand jury hearing the case. He has met with prosecutors six times for more than 40 hours.

Trump said former adviser Roger Stone never talked to him about WikiLeaks and denied being told about his son’s meeting with a Russian lawyer in Trump Tower. https://t.co/luTS72mbpx

The sticking point between Corsi and the special counsel appears to be over whether he had a source who tipped him off to WikiLeaks’ plans to release emails stolen from Podesta.

WikiLeaks began dumping the documents on Oct. 7, 2016. Corsi claims he did not have a WikiLeaks source. Rather, he insisted to prosecutors that he predicted in August 2016 that WikiLeaks had Podesta’s emails and would begin releasing them in October.

Corsi also lied by denying that he asked another person — a London-based academic named Ted Malloch — to reach out to Assange, prosecutors alleged.

Corsi announced on Monday that he was rejecting the plea offer. He claims that he did not knowingly lie to prosecutors, who he accuses of setting him up for a perjury trap.

“I will not sign a plea agreement that is a lie — I never ‘willfully and knowingly’ gave false information to the FBI or the Special Counsel,” Corsi wrote in a memo he sent to his attorney, David Gray.

Corsi provided copies of the plea proposal and draft of the statement of offense to The Daily Caller News Foundation and other news outlets. He also shared a limited immunity agreement he signed with prosecutors for portions of his Sept. 21 testimony before a federal grand jury in Washington, D.C.

"They can put me in prison the rest of my life. I am not going to sign a lie," – @jerome_corsi #Mueller is out of control. He and Weissmann are twisting arms to make the crimes fit the men.

This entire investigation spits in the face of due process.https://t.co/oDPXkx0oCo

“Word is friend in embassy plans 2 more dumps,” Corsi wrote in the Aug. 2, 2016 email to Stone, seemingly referencing Assange, who lives under asylum in the Ecuadorean embassy in London.

“One shortly after I’m back. 2nd in Oct. Impact planned to be very damaging.”

“Time to let more than Podesta to be exposed as in bed w enemy if they are not ready to drop HRC.”

“That appears to be the game hackers are now about.”

“Would not hurt to start suggesting HRC old, memory bad, has stroke — neither he nor she well. I expect that much of next dump focus, setting stage for Foundation debacle.”

Corsi said prosecutors pressed him repeatedly about the wording of his email.

“Why did you say ‘Word is …’ to Stone,” prosecutors asked Corsi in an Oct. 31 interview, he claims. “Were you trying to imply you had a source to Assange?”

Stone, who provided the Aug. 2 email to TheDCNF, said that the document does not show that he knew that Podesta’s emails had been stolen.

Stone has said that he had only one confirming source — activist Randy Credico — for information about WikiLeaks’ plans. Stone has released text messages that show that Credico provided him insight into WikiLeaks’ plans to release information that would “roil” the Clinton campaign.

“Julian Assange has kryptonite on Hillary,” Credico wrote in a text message on Aug. 27, 2016.

Stone insists that he did not know that WikiLeaks would release Podesta’s emails. He also denies ever meeting or speaking with Assange.

But emails cited by the Mueller team show that Stone did push associates for meetings with the WikiLeaks founder.

In a July 25, 2016, email referenced in the Mueller plea offer, Stone suggested to Corsi that he “Get to Assange.”

Corsi forwarded the email to Malloch, a conservative who sought a position in the Trump campaign.

Stone contacted Corsi days later, asking Corsi to “Call me MON.” Stone wrote in the body of the email that Malloch “should see Assange.”

There has been no evidence yet that Malloch met with Assange. He was interviewed by the FBI in March.

Stone told TheDCNF that he offered three suggestions to utilize Malloch to help the campaign: secure a meeting with Assange; meet with Bernie Sanders’ brother, who resides in the U.K.; and investigate Bill Clinton’s activities as a student at Oxford.

“Am told Wikileaks will be doing a massive dump of HRC emails relating to the CF in September,” Rosen wrote in an email to Charles Ortel, an associate of Stone and Corsi’s.

On Aug. 8, 2016, Stone claimed he had been in contact with Assange and that WikiLeaks was planning to release Clinton Foundation documents.

“I actually have communicated with Assange. I believe the next tranche of his documents pertain to the Clinton Foundation but there’s no telling what the October surprise may be,” Stone told a group of Florida Republicans.

Stone has since denied communicating with Assange, saying that he was exaggerating that he had a back channel — who he later identified as Credico — to WikiLeaks. 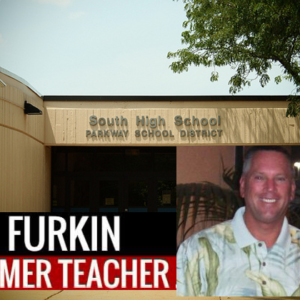 by Neetu Chandak ST LOUIS COUNTY, MI - A substitute teacher claimed he was not allowed back into a Missouri school after...