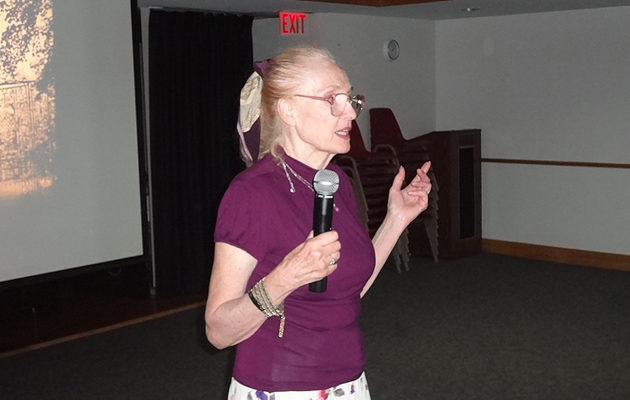 LONG ISLAND, NY – Monica Randall, a local writer and historian who currently calls Oyster Bay her home, has devoted most of her life to uncovering the deep, rich history of Long Island, a place that she noted has produced some of the most exciting – as well as scandalous chapters in American lore ever recorded.

Randall holds a regular series of lectures and presentations all over the east coast, and has written several books, all of which cover various fascinating – and unusual – aspects of Long Island history. Her latest lecture series is entitled Legendary Women of Long Island, which she recently held at the Massapequa Public Library’s Bar Harbour branch in front of a packed crowd.

“Thank god for libraries…they have become the focal point of social activities in most towns. Years ago, they were boring, but today they have concerts, presentations, all sorts of things. The Sachem library even has a pool,” she said. “They are constantly looking for people – writers, historians, and so on – to engage their residents. I put so much research and work and money into creating this particular presentation, so I figured, why waste it? So, I took it on the road, and I’ve been doing it all over the east coast.”

Randall’s Legendary Women of Long Island, which consists of various historical photos accompanied by her own thoughtful narration, has proven to be quite popular, she said.

“It’s about very colorful women…because I’m a journalist, and I like to fixate on sensational stuff. People want to read the dirt, they want the sensational, salacious stories,” she said. “So, I picked women who did things like murder their husbands while they were taking a shower. Some people come to these lectures surprised, as they were expecting inspirational, uplifting stuff, but personally, I think this IS uplifting…after all, there are some husbands out there who should be shot!”

Among the women of Long Island’s long and sorted history who were covered at Randall’s presentation were Clarence Mackay, Barbara Hutton, Zelda Fitzgerald, Winifred Bird, Ann Woodward, Gertrude Whitney, and last but not least, Alva Vanderilt, whom Randall said made the cut due to her unconventional parenting abilities.

“Alva Vanderilt locked her daughter in a closet and forced her to marry an 85 year-old man,” she said. “Her daughter tried to commit suicide the night before the wedding…quite understandably, I would think. There are tons of different women in this lecture, and each lecture is different…the night before, I pick a bunch out of my boxes, as I uncovered so many unique and shocking women during the course of my research.”

Other Long Island-specific lectures Randall has out on cover topics such as gangsters, prohibition, and various popular movies that were made locally.

“A lot of people don’t realize that parts of The Godfather were made right here on Long Island,” she said. “For example, one of the most unforgettable scenes – the infamous horse head scene – was filmed in the living room of Falaise, on Sands Point Preserve, the Guggenheim estate.”

For Randall, history is more than just words on a page; she said that it’s something that she lives for, and she relishes the chance to delve into research that may serve to expose something new and interesting about Long Island’s past.

“I love it…I spend every waking moment reading, going through old newspaper clippings, interviewing people…some of them over 100 years old,” she said. ”I find it fascinating. Long Island is the most fascinating place, and it has so much history. In certain eras, in fact – especially during the 1920’s – it was the most exciting place in all of America, I think, and if you do the research, you’ll agree.” 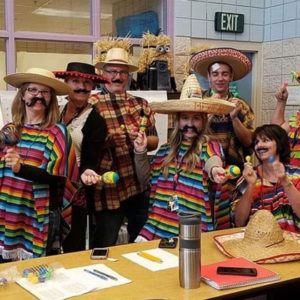