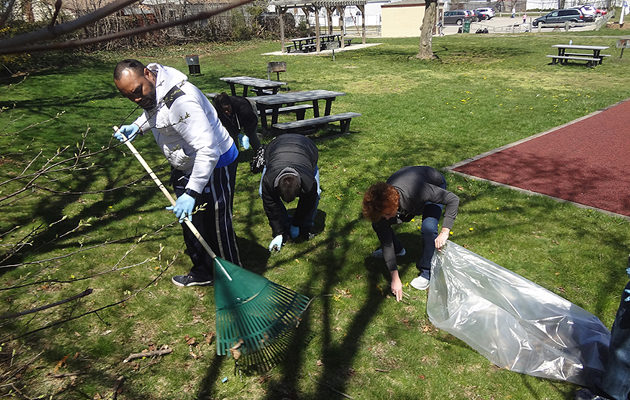 LONG ISLAND, NY – The East Farmingdale Kiwanis gathered together with members of the neighborhood recently for a rousing clean-up effort of Michel Park, fueled by good cheer and a desire to contribute to the betterment of their community.

Patrick Burns, President of the East Farmingdale Kiwanis, said that the aim of his group is to concentrate on addressing local issues facing their area – by way of fundraising, clothing and food drives, and more – creating a ripple effect of civic-mindedness that will hopefully radiate outwards to other neighborhoods as well.

“I live in the neighborhood my kids use the park, and I noticed that while this park doesn’t look bad at first glance, when you walk around you notice that there is a lot of dirt and debris around, so we decided to pitch in and help clean it up,” he said. “We got a couple of people from the neighborhood, as well of some members of a local group home called AHRC and the Farmingdale Key Club, we all did a cleanup just to spruce it up a little bit, make it look more presentable than before we got here.”

Lynne Brewer is a retired teacher and community liaison for AHRC, a Farmingdale group home that helps individuals with intellectual and developmental disabilities. Having a disabled sister of her own, Brewer said that she got involved with AHRC as a way of giving back and helping people.

“The members of the home are volunteering their time today to work with Kiwanis,” she said. “We want our members to be part of the community, not isolated from it, so the more things that we have for them to get involved with to help their neighbors, the better.”

The AHRC members, despite facing their own personal challenges, pitched in and enjoyed themselves with the Kiwanis members, combing Michel Park for broken tree limbs, bottles, paper, and anything else that was cluttering up the area. In the end, multiple garbage bags were filled to almost bursting by their combined efforts.

Burns noted his appreciation for AHRC’s assistance in the day’s clean-up, and said that his Kiwanis chapter is looking at the possibility of starting their own branch for disabled members of the community.

“Kiwanis has clubs called ‘Action Clubs.’ There’s one in Farmingdale and one in Massapequa, and we may open an Action Club as well,” he said. “We need to do some more fundraising prior to opening an Action Club…it’s a Kiwanis Club that’s organized and run by adults with disabilities. They they’re a separate group – they would have their own fundraisers and community events – and we would help support and sponsor them.”

Victoria Randacciu, also a Kiwanis member, said that the youth of the community are a big focus of the Club’s efforts; hence, their choice that day to work on a local park, so kids – several of whom also joined the clean-up event – can enjoy themselves and not have to worry about tripping over random branches or discarded cans.

“I really like that everything we do goes back to the kids,” she said. “There are so many problems out there these days with drugs and everything, so anything that gets the kids busy with something else is a plus.” 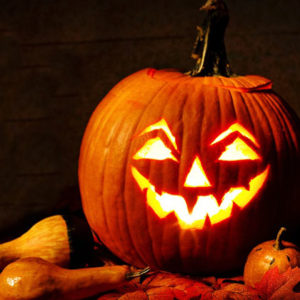