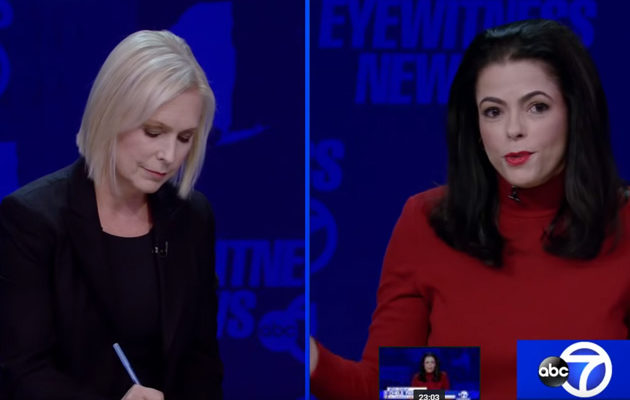 NEW YORK, NY – On Thursday, hosted by ABC7 Eyewitness News, U.S. Senate candidate Chele Farley debated incumbent Kirsten Gillibrand on a range of important topics during a live stream which will be aired in its entirety on WABC “Up Close with Bill Ritter” and on some ABC affiliates and radio around New York this Sunday, October 28 at 11AM.

Throughout the debate, Farley pressed Gillibrand both on her lack of accomplishments during her twelve years in Washington and on her radically shifting positions on a range of issues including  her call to abolish Immigration Customs and Enforcement (ICE), her plan for a government takeover of healthcare and a failure to return over $800,000 in campaign contributions from Harvey Weinstein law firm.

When asked by ABC’s Bill Ritter about the migrant caravan headed to the US border with Mexico, Farley said, “People are calling it a caravan, I call it an invasion.” Farley also challenged Gillibrand to explain to New Yorkers how she plans to pay the $32 trillion tab to take over the health care system, “Medicare for All.”

Gillibrand responded to nearly every question with comments on Trump, Farley’s previous support of Trump policies, and saying what kind of president the country needed. 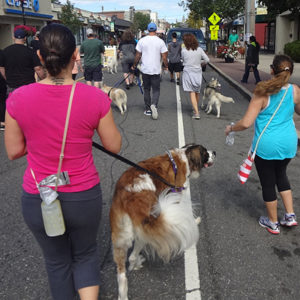 by Christopher Boyle LONG ISLAND, NY - Main Street in Farmingdale recently went to the dogs – quite literally – as dozens...