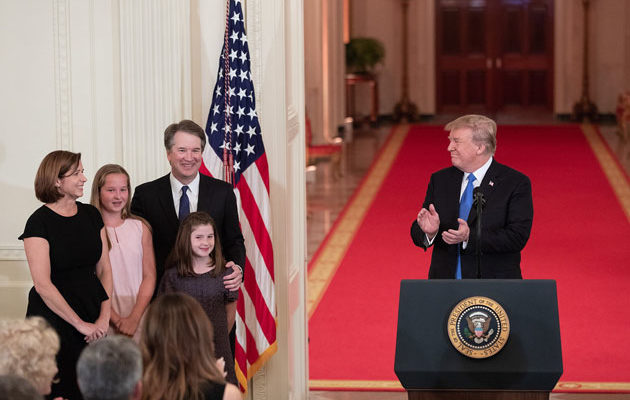 NEW YORK, NY – The Democrat Party has shown its hand, the only one it uses….the Left Hand. And it’s a bloodied one. The recent Senate assassination gathering, falsely described as “confirmation hearings” for a Supreme Court nominee ended up being a well planned smear campaign the likes of which were never seen in this nation’s now filthied capital. This land may never recover from these scenes of utter moral depravity. The sad part of it is that half of our electorate sees no problem with the actions of their leaders.

Has the Democrat Party sunk so low they cannot see how gross and disgusting their behavior was in destroying the character, family and well earned judicial reputation of Brett Kavanaugh, who was blindsided by the accusations of brutal sexual assaults 36 years ago by (at this writing) a trio of women, all of whom with histories of radical feminism and ties to George Soros, whose testimonies so far are no more than poorly thought out fantasy accusations that would never be taken seriously in any other scenario? Shameful and disgusting that this man, whose blemish-free history as a husband, father, coach, community leader and human being were dragged through the political mud without a thought to the ramifications, not only to this man’s life but to the image of this nation, itself.

Here we have the Senate, the upper body of our Legislative branch of government now reduced to the level of a third world nation’s Kangaroo Court. Shamelessly, the likes of New Jersey Senator Cory Booker a participant in this sham who recently revealed that years ago he attempted to rape a woman. Yet he, without any corroborative evidence accused Kavanaugh of that same crime. Connecticut Senator Richard Blumenthal, who has continually lied about his serving in combat in Vietnam laid into Kavanaugh brutally, again with no thread of evidence to the candidate’s having ever even threatened a woman. These Democrats all to a one, once bowed in honor to their long time leader in the Senate, Ted Kennedy whose life was smothered in debauchery of women, even killing one while on a drunken drive in Chappaquiddick during a weekend of sexual womanizing. And this Democrat group is with a straight face, without any conscience at all, rendering judgment on the honor of one such as Brett Kavanaugh?

So, the party bankrolled by the self admitted Nazi employee, George Soros, is now dragging out women who would testify under oath to any fabricated sexual accusation against any individual selected by President Trump as a Supreme Court nominee is now a given. And we were once proud that our nation had a solid Two Party System. Sadly we have seen half of our well crafted, Constitutional political system now discarded by the bloodied hands of the Democrats. We pray that it can be somehow reclaimed and restored. The only means by which that can be done is by taking it in our own hands this upcoming Election day and voting these scum out of office. Our Founding Fathers are now looking down on us, hoping we have that determination and intelligence to do the right thing. They are praying. So are we. 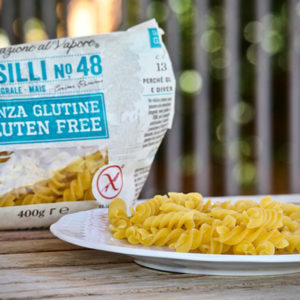 by Christopher Boyle LONG ISLAND, NY - For people suffering with Celiac disease, even something that most people take...