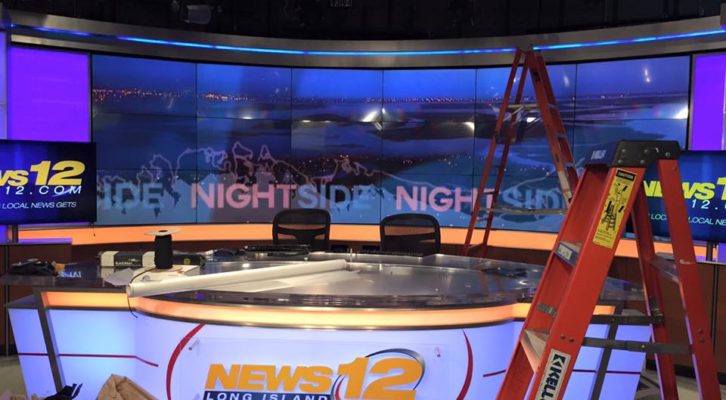 LONG ISLAND, NY – Yesterday, Altice announced plans to unveil a new News12 broadcast center in early 2019 — an interesting publicity move juxtaposed against not-so-public staffing layoffs and cost cutting. So not public, that is, until last week, when the Dolan family filed suit against Altice, alleging breach of contract and then some.

According to the complaint filed with the court in Delaware, attached to the merger agreement was a business plan that specifically outlined how News12 would operate through 2020. On its face, the plan guarantees staffing numbers and salaries. Big picture: The plan was there to guarantee your local news stayed local, along with a tip of the hat to the legacy built by the Dolans — who, by the way, pioneered local cable news and set the standard communities across America attempt to emulate.

Local news necessitates boots-on-the-ground, people from the community reporting on the community. You simply can’t fool the people here. News12 viewers are used to names and faces they know bringing them information about what’s happening in their backyards. Eliminating the people who work marathons to bring you election results, brave the elements to give live weather reports during hurricanes and nor’easters, and who are on site when major tragedies occur is what makes local news work. Those people, who have earned their stripes and the trust of the viewers, cannot be replaced with Cheddar feeds, generic weather loops and AP reports.

Local news provides an identity for a region and drives the conversation on how to improve and protect a community — and that’s why everyone living and doing business throughout the News12 footprint should care about this situation. It’s part of a trend that weakens our society and our democracy.

On Long Island, where News12 has its flagship, the unusual design and complicated structure of the Island make it near impossible for a reporter unfamiliar with the landscape to cover it: Two counties, 13 towns, 127 school districts, a myriad of villages, hamlets and cities strewn throughout a piece of land with 2.7 million residents encased within 118 miles of shoreline. Laws vary by county: pay for bags in Suffolk, not in Nassau; and by community: can’t hang clothes outside your home in Great Neck, while North Hills will fine you for dog poop in your own yard. Sometimes it’s the police you need, sometimes the sheriff. Ambulance? Call the fire department, unless you’re in Huntington, which has a separate First Aid Squad. Also, be sure not to overlook the rivalry between people living on the North Fork vs. the South, Suffolk vs. Nassau, Western Suffolk vs. the East End, and those living north of 25A vs. well, anywhere else.

Watching the work of reporters not accustomed to the landscape would be comical if it weren’t so tragic. Increasingly severe weather events make this a health and public safety situation, as well.
Which brings us to a particular word in the business plan that was attached to that merger agreement: “Equivalent.” Basically, the plan says if you’re going to replace a current News12 employee, it needs to be done with someone of “equivalent” skills. The brilliance there? There are no equivalents. Those working in the News12 newsrooms have a special mix of media skills, community expertise and institutional knowledge that is irreplaceable. In fact, we can even make the argument that the headcount of 462 staffers remaining in place through 2020 is, in fact, too few.

Historically, the Fair Media Council has had one complaint about News12, and it was this: Do more. Do more news, more in-depth coverage, more hours of original stuff throughout the 24-hour format. From that perspective, News12 is currently way understaffed, probably by one-third of what it needs to be.

New studios are nice, and a common occurrence: It’s a way to announce a new sheriff is in town, and you’ve watched it happen at virtually every television broadcast outlet around New York whenever a new news director has been named. (The longest holdout on that may have been WPIX, where the former set was so old it actually had attained retro status in the viewers’ eyes. It finally underwent cosmetic surgery in 2011.)

But what’s missing from the News12 studio announcement is this: the 40,000 square foot endeavor is made possible by Altice having freed up space at the Stewart Avenue address in two deft moves: eliminating employees and moving Cablevision headquarters off of Long Island and into Long Island City.

Best guess of what’s next? More consolidation of the News12 footprint throughout the greater New York metro area so that all of the “local” news comes out of the Bethpage studio. That’s a radical departure from the workings, the intention and yes, the legacy of what the Dolan family had created. More than that, it’s a fatal blow to the main artery of your local news and information.

Stay tuned for our developing updates on the situation and our fight to keep you informed. 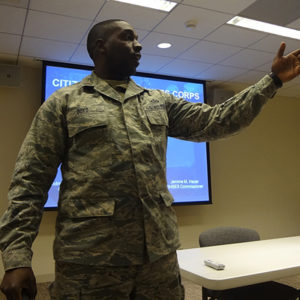