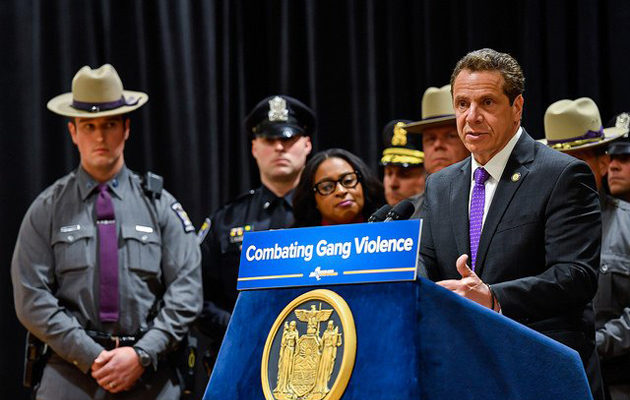 LONG ISLAND, NY – Amid the ever-growing threat of gang activity throughout the nation, this week New York Governor Andrew Cuomo announced that a grant in the amount of $8.35 million will be awarded to Long Island officials in order to help combat the scourge of criminal organizations such as MS-13, as well as to fund programs aimed at supporting at-risk youth to prevent them from falling in with criminal elements.

Cuomo noted that the finds will not only furl the efforts of law enforcement in their quest to bring gang members to justice and to keep streets safe in Nassau and Suffolk counties, but to also make a plethora of resources – including education, employment training, and access to a variety of job opportunities – available to young people in order to give them every opportunity to succeed in the world and resist enticement by gang recruiters.

“The violence and terror that MS-13 has inflicted on our communities will not be tolerated, and by protecting and educating New York’s children, we are taking action to drive out these monstrous criminals,” Cuomo said. “The launch of this comprehensive plan builds on our investments to stomp out gang recruitment while engaging young men and women in our efforts to eliminate MS-13 from New York once and for all.”

For years, MS-13 – short for “La Mara Salvatrucha” – has conjured images of crime, violence, and fear amongst the populace of the United States. The fearsome Central American street gang can trace its origins back to 1980s Los Angeles, California, and later spread from that region south through Mexico and Central America and eastward across the United States. MS-13’s members are known for their ruthlessness and their typically frightening appearance, often adorning themselves in threatening tattoos and their activities, which range from illegal immigration and human trafficking to drug dealing and murder, have drawn the attention of both politicians and law enforcement. Their recent encroachment onto Long Island, according to police, has resulted in 17 murders since January of 2016.

The $8.35 million grant announced this week is in conjunction with an additional $18.5 million that is slated to be included in the state’s 2018-2019 budget; the goal of the programs and law enforcement efforts to be fueled by these funds, according to Cuomo, is to defeat MS-13 and their ilk within Long Island’s borders, once and for all.

$3.7 million of the funding is being allocated for the New York State Department of Labor in order to provide 845 young men and women in Nassau and Suffolk with job training and job placement. In addition, another $2.4 million will go to the New York State Office of Children and Family Services in order to help create and sustain 1,499 new after-school programs, non-profit organizations, and community centers within four Long Island school districts that have been deemed ‘high risk’ in terms of potential gang recruitment activity. Announced school districts include West Islip, Longwood, and Roosevelt.

New York State Senator John Brooks, D-Seaford, applauded the grant, saying it would be a major boon to opponents of gang violence.

“I’m committed to winning the fight against MS-13, and I’m pleased that the state is putting resources behind our efforts to keep our streets safe from violence,” he said. “We need to do everything we can to protect our families from MS-13 and other dangerous gangs. I’ll keep working to increase support from the State and the Federal government for our police, improve our schools so we can reach kids before they fall into gangs, and pass common sense laws to keep guns out of the hands of violent criminals.”

In addition to Long Island, agencies in Buffalo and Westchester will also receive grants.

Notable violent crimes carried out on Long Island by MS-13 include the brutal 2017 murder of four young Latino men in a wooded Central Islip area, where the victims were lured and subsequently killed with knives, wooden clubs, and machetes by members of MS-13. Another harrowing incident involved the 2017 murders of two teenage girls in Brentwood, NY, a crime that eventually lead to the arrest of over a dozen MS-13 members in connection to it. 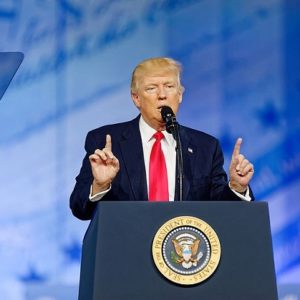