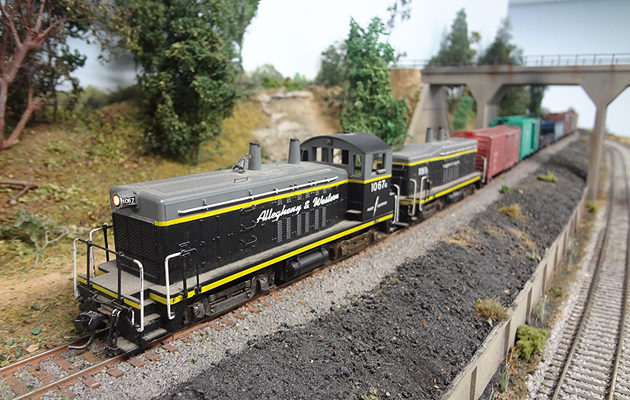 LONG ISLAND, NY – It’s not uncommon for adults to develop a yearning to relive the simple pleasures and pastimes of their youth; but while some take up spending a few bucks here and there to recapture some base nostalgia in the form of a shirt or action figure, there’s a group of gentlemen in Hicksville who take it to a whole different level.

In existence since 1947, the West Island Model Railroad Club has given train enthusiasts a place to congregate and indulge their hobby on a grand scale; according to Vic Grappone, Hicksville resident and Club President, he’s personally been interested in model trains since…well, forever.

“I’m 57 years old now, and I’ve been into trains for probably 56 of them,” he said. “It started with a Lionel train set that my father bought me, and that got me hooked very early…which is probably the case with a lot of the guys here.”

“We ask ourselves that question a lot…why do we like trains?” Grappone continued. “It’s just kind of a gut feeling…I like it because I’m an engineer by trade, so I like things that are logical but powerful. But there’s also a certain sense of history…the history of the railroads, how they were built.” 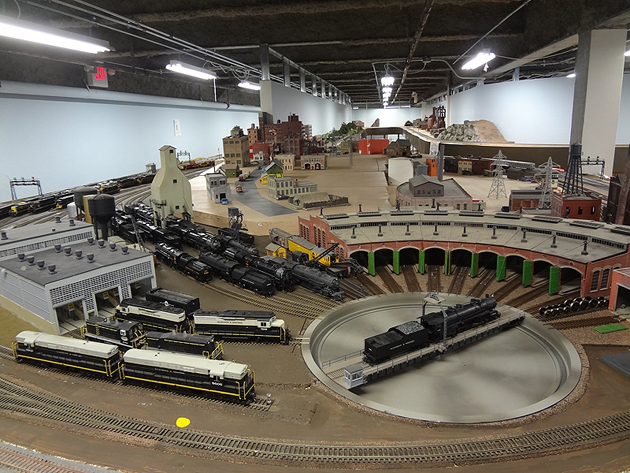 The Club’s model railroad is named the Allegheny & Western, and is over 650 feet in length. Photo Credit: Chris Boyle.

The club, boasting 53 members, currently rents a 5,600 square foot space where they are currently constructing their masterpiece; the club’s model railroad, named the Allegheny & Western, recreates actual rail lines ranging from Harrisburg, PA in the west to New York harbor in the east, and as far north as the coal fields of eastern Pennsylvania. The club members have constructed a fully-computerized, double track mainline over 650 feet in length (almost eleven scale miles) spread throughout the vast space available to them.

The timeline depicted is the 1950’s; this was an era where trains were changing over from steam to diesel, enabling the club to utilize both in their display, along with various scenic depictions of the real-life areas that the railroad line is based on. Houses, bridges, forests, buildings, factories, rivers, cars, train yards, people…the level of detail is astounding, and made to be as accurate as possible based on extensive research, Grappone said, although occasionally some liberties are taken in the name of aesthetics and workability.

“Realistically, it’ll probably be at least ten years before we finish the stuff that we really want to finish,” he said. “But the point of this hobby isn’t to finish anything…the fun is in the process. We’re basically overgrown kids here reliving our childhood.”

Each member of the West Island Model Railroad Club brings unique skills in the creation of the epic Allegheny & Western railroad; together, their individual efforts successfully contribute very much to the whole, according to Grappone. 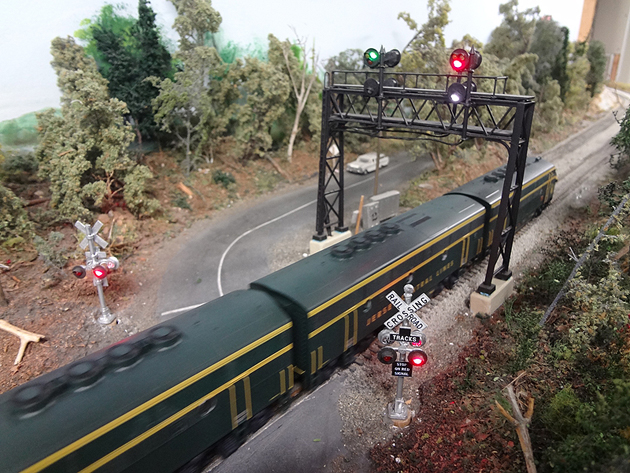 The timeline depicted is the 1950’s, and features various scenic depictions of the real-life areas that the model railroad line is based on. Photo Credit: Chris Boyle.

East Meadow resident Ken DeNigris, the Superintendent of the club, was an active member for years before taking a hiatus in the 1970’s; upon retiring in 2002, he decided that it was finally time to re-join.

“My responsibilities are maintaining the railroad in operating condition, repair any problems, and supervise any new installation or building,” he said. “I really love the building…I enjoy putting things together. I like the woodworking, the track work, the wiring…everything but the scenery. I don’t have much artistic talent.”

Rich Valente of Sea Cliff has been a member of the club for 23 years, and possesses a variety of skills that the others members have come to rely upon a great deal.

“I put together all of the signal bridges, and I do a lot of the lighting in the buildings and the automobiles, and the installation of the decoders in the engines of the trains…things like that,” he said. “This gives us a purpose, which is nice, as most of us are ‘empty nesters’ or retirees, and it gives us some camaraderie and a place to socialize.”

Ron Weismann makes the weekly trek all the way from his two-bedroom apartment in Brooklyn, where previously the only space available to him to work on trains was the kitchen table; upon joining the Railroad Club, he found the sheer space now available for his hobby to be mind-boggling.

“This is like heaven to me,” he said. “I do a lot of the drops, which are the electrical connections to the tracks that enable the trains to run, in addition to working on some of the scenery…we’re fortunate that, as a club. We have a lot of guys, and each guy brings something important to the table.” 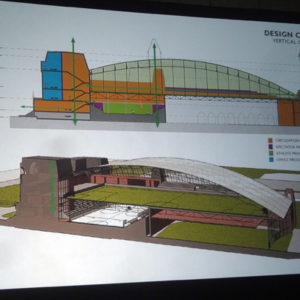 by Christopher Boyle LONG ISLAND, NY - Saint Paul's Episcopal School for Boys has been a historic fixture in Garden City,...