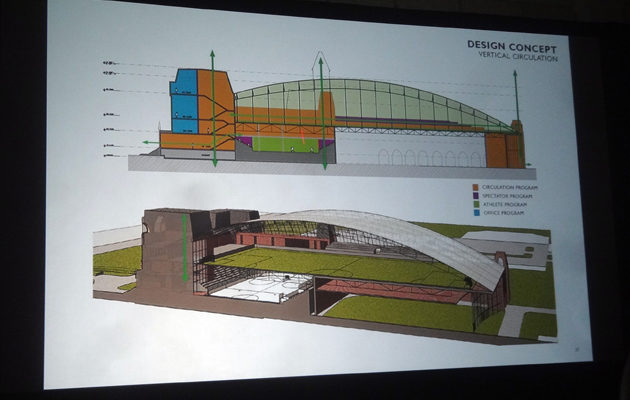 LONG ISLAND, NY – Saint Paul’s Episcopal School for Boys has been a historic fixture in Garden City, NY ever since it was originally built in 1883. The striking 4-story Ruskinian Gothic-style building – with its sweeping steeples, ornate stained glass windows, and massive bell tower – has fallen victim to years of neglect and the elements ever since its closure in 1993. In the ensuing years, the ultimate fate of this landmark has remained up in the air while sitting vacant and unused, with a vocal segment of the community demanding its preservation while others favored demolition.

Both sides have remained deadlocked regarding the future of St. Paul’s…until now, that is.

Garden City Village Mayor Brian Daughney recently revealed plans at a public forum at the Garden City Casino to completely overhaul and transform St. Paul’s into a huge sports and community center that is suitable for a wide variety of uses – something he said that the community has been requesting for a number of years – while ensuring that the rich history and architecture of the original structure are preserved as much as humanly possible. 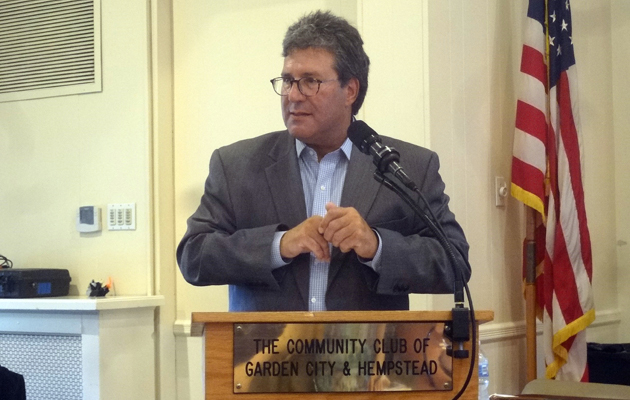 The project, known as “The Centre at St Paul’s,” is to make use of the decaying 48-acre property – purchased by Garden City after St. Paul’s entered into bankruptcy – aims to make use of much of the actual building as possible, but before the project moves forward, Mayor Daughney noted that he was planning on holding a series of public forums in order to get as much input from residents as possible.

“We’ll have more meetings, more presentations…this is just step number one of many steps, and we have lots of stages to go through,” Daughney said. “We haven’t voted on anything, we haven’t approved anything…this is only the concept stage, and we encourage your neighbors, your friends to come to the meetings.”

Architecture firm Beyer Blinder Belle and engineering firm Thornton Tomasetti have been employed by Garden City to come up with a viable plan to renovate and recreate St. Paul’s in a manner that will best benefit the community, Daughney noted. The current plan for St. Paul’s is to transform it into a multi-use facility encompassing an indoor hockey rink, a soccer field, and a large multi-use area that can be utilized for any number of public programs, ranging from entertainment, education, civic, artistic, and more. 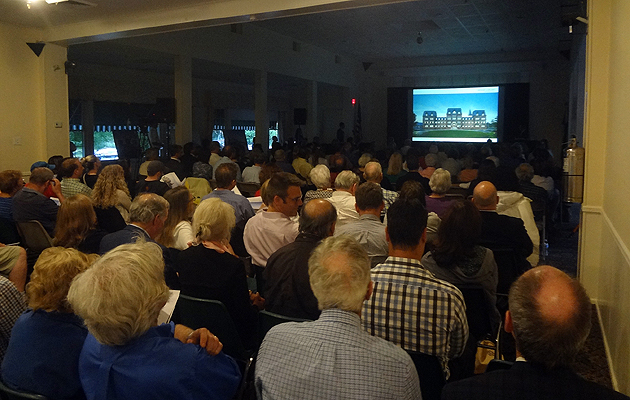 Plans for St. Paul’s were discussed at a public forum at the Garden City Casino. Photo Credit: Chris Boyle.

“We will try to preserve a good portion of the history of the building and maintain that history and future use. We’ll also try to maintain some interior space in the building to help us preserve history,” he said. “We’re trying to develop the building and the facilities in such a way that they will generate revenue, with the goal of helping to pay for the maintenance of the history and the facilities. And we’re attempting to balance those uses without having to create an enormous new structure that will create a traffic problem in the area. This is our chance to create a world-class campus at the center of our village for everyone. This will be a true destination place.”

The current plan for St. Paul’s includes an indoor ice rink with an indoor soccer field constructed one level up. The proposed structure’s climate controls will be cutting edge, with advanced heating and cooling systems that minimize – or completely eliminate – the cost, Daughney said.

Daughney emphasized that the project is in its infancy, and that no concrete numbers on completion dates or overall cost are available yet. More information will be revealed as time goes by and more public input is received. 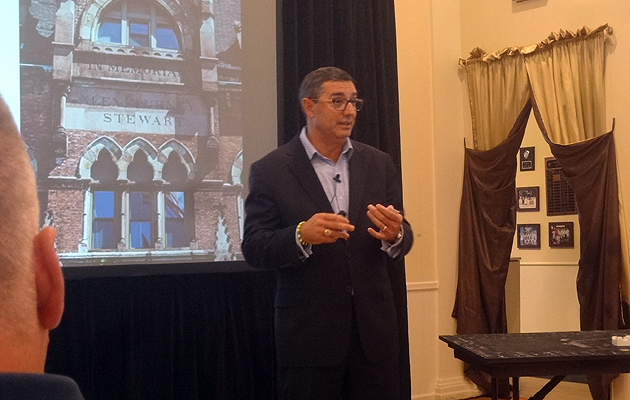 Beyer Blinder Belle representative Carlos Cardoso was present at the meeting, and went over the current iteration of the proposed plans for Saint Paul’s with the audience.

“Saint Paul’s is currently comprised of an “E”-shaped structure; the plan currently is to take the rear part of that structure, essentially flip it, and move it backwards to form the rear of an expanded facility that developers would then build around,” he said. “We will taking great care to maintain the existing historical aspects of the building, including the grand staircase inside the front entrance, numerous stained glass windows, and the chapel – including its huge pipe organ – will be utilized within the new structure as well.”

St. Paul’s solid, turn-of-the-century construction utilizing brick and mortar has allowed the building to survive the toll of time and the elements; nonetheless, weather – especially water – has inflicted damage upon the structure, with repairs currently desperately needed to areas such as the roof and a good deal of the interior. 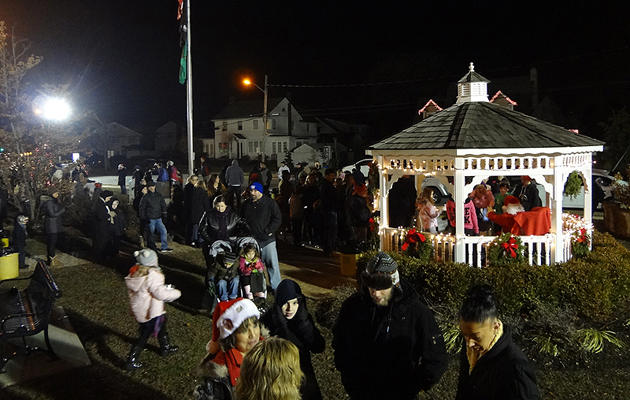 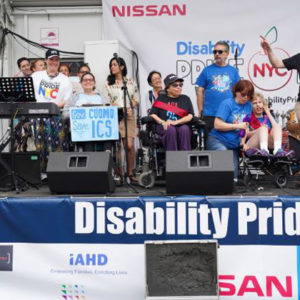 by Robert Golomb NEW YORK, NY - It is a modern-day story of David vs. Goliath. The David is the Civic League for Disability...