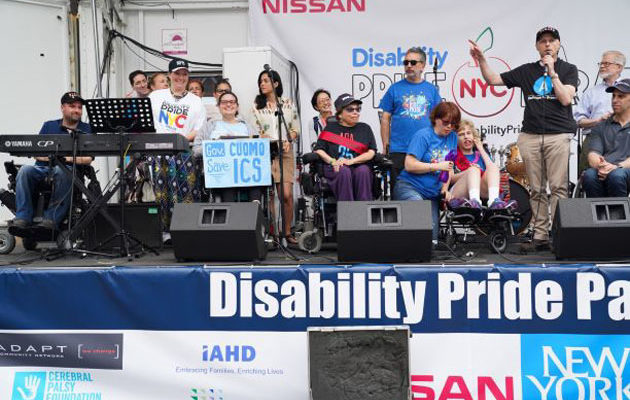 NEW YORK, NY – It is a modern-day story of David vs. Goliath. The David is the Civic League for Disability Rights (CLDR), a small 100 member New York State non-profit organization co- founded in October 2016 by Anina Fay, who passed away a year later, and by a 42 year old wheelchair user named Sharifa Abu-Hamda, who currently serves as its president and spokesperson.

The mission of the CLDR is to advocate for the rights of people with disabilities. The Goliath is New York State’s powerful two term and current odds-on favorite to be elected to a third term as governor and potential candidate for the Democratic Party’s 2020 presidential nomination, Andrew Cuomo. In his 2019 budget, Cuomo had proposed ending the Independence Care System (ICS), known to be the only managed care plan with health care staff specializing in serving people with severe disabilities. ICS also funds around the clock home care for those who could not perform their daily functions, or sometimes even survive, without it.

Under the governor’s proposal, however, ICS would be replaced mainly by the Visiting Nurse Service of New York (VNSNY), a far less costly program which, its critics contend, does not offer
the same level of specialized care provided by ICS and also does not offer the same scale of ICS’ comprehensive home care services. 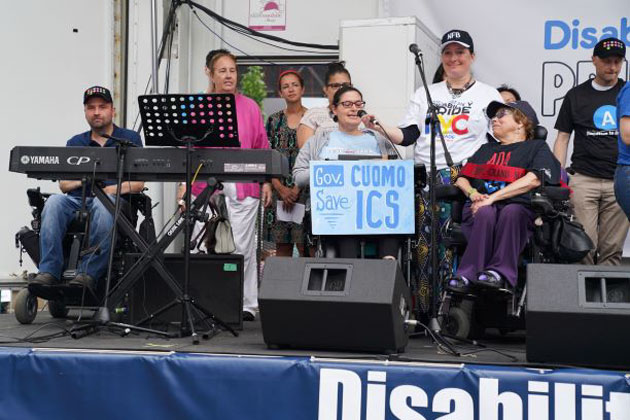 During my interview with her last week in her office located in a back room in a rehab-center located in Brooklyn, NY, Abu-Hamda, who was born with muscular dystrophy and has been
confined to a wheelchair since she was fourteen, explained why she is so strongly opposed to the governor’s proposal to close ICS and replace it with VNSNY.

“ICS is the only managed care plan in the state with expertise in arranging care for people with disabilities and, also, is the only one specializing in providing 24/7 care when needed. Without
ICS, people like me-people with serious physical disabilities – would be unable to live full and independent lives. And for me, and thousands of others like me with serious medical problems
related to their disabilities, the battle to save ICS could be a matter of life or death”, she stated.

Providing a personal example of why she believes ICS is so important, Abu-Hamda cited a medical condition that she was suffering from several years ago and described how it was eventually successfully treated. “I had been suffering terrible gynecological pain”, she recollected. “I was told of a {non-ICS} health care provider which claimed to specialize in assisting people with disabilities. So I made an appointment to see them.”

“However, after my first consultation with one of their {participating} doctors”, she continued, “I realized that she did not have a full understanding of how to provide treatment for a person
with a combination of my disability and my medical condition.”

That realization shortly led to her decision to seek assistance from ICS. It was the wisest decision, she told me, she had ever made. “When the doctors [participating in their plan] concluded that the only way to treat my condition was through surgery, ICS took care of every detail”, she recalled. “They coordinated all the parts of the procedure with the surgeon, anesthesiologist, primary care physician, neurologist, and respiratory therapist” (Abu-Hamda has weakened lungs associated with her Muscular Dystrophy.) “Today I am pain free”, she happily noted, “And as an additional benefit, due to the care provided by a respiratory therapist, my oxygen level has improved, and I am now breathing much better. But I’m just one person. Take my story and multiply it thousands of times with thousands of different people. Which is why I am fighting the governor’s disastrous plan to close ICS.” 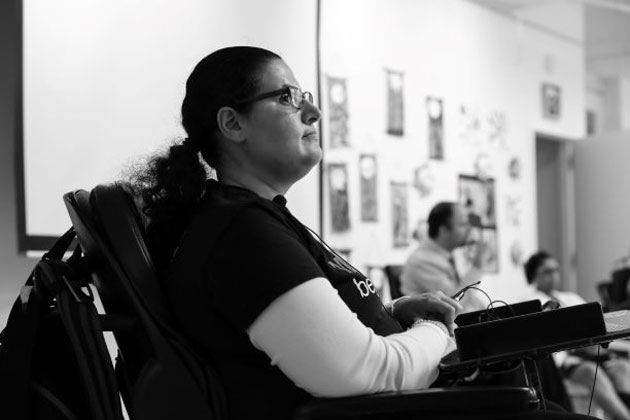 Abu- Hamda and CLDR are not alone in this fight. Several other similar organizations that work on behalf of people with disabilities, doctors and other health care providers specializing in
treating patients in that population and a number of state and local elected officials have publicly called upon the governor to rescind his plan to close ICS.

Still, it remained for Abu-Hamda to bring the issue to the attention of the general public. Speaking from a podium in Union Square in the early afternoon on July 15 th, Abu-Hamda, serving as one of the guest speakers at the culmination of the NYC Disability Pride Parade, stirred a crowd containing thousands of people with disabilities and their families and friends with a fiery speech castigating Cuomo’s plan to shut down ICS. The speech was recorded and placed on CLDR’s Facebook page. From there it went viral, viewed widely throughout the state and nation on websites, Facebook and You-Tube.

Abu-Hamda insisted, though, that the purpose of her speech was not as a personal or even political attack against the governor, but rather an attack on what she considers to be his misconceived plan to close ICS.

“I have nothing against Governor Cuomo as a person or a politician”, she stated, “but I will do everything in my power to fight his plan to shut down a health care plan which provides
services that enable people with disabilities to live full and productive lives.”

Robert Golomb is a nationally and internationally published column. Mail him at MrBob347@aol.com and follow him on Twitter@RobertGolomb 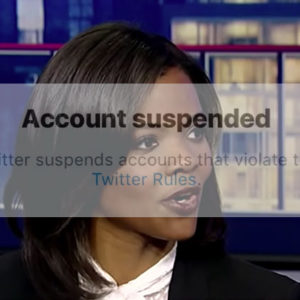