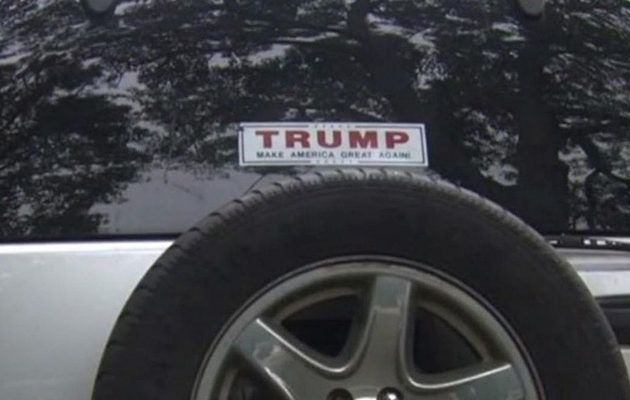 CAPE CODE – A young Massachusetts woman pleaded not guilty Monday at the Barnstable District Court to allegedly crashing into a man’s car with her vehicle because of his President Donald Trump bumper sticker.

Authorities charged Chloe Wright, 25, with property damage to the victim’s vehicle, assault with a deadly weapon and leaving the scene on June 30, according to the Cape Cod Times.

‘Screaming’ woman plows into back of another car after allegedly spotting a Trump bumper sticker https://t.co/OIEJEvXgQm

The victim — an unidentified man — called Barnstable police after the incident and filed a report, reported the Times.

He claims she tailed and harassed him throughout Hyannis, aggressively honking her horn, and even yelled at him when they were stopped at a red light, according to the report.

He told authorities he got out of his car to check the back of it, assuming something was wrong with his vehicle.

“She said, ‘You voted for Trump?’” the man wrote in a statement, according to the Times. “I said yes. She called me a racist and several other names.”

Wright then circled him with her car as he stood next to the open driver’s door and proceeded to drive at him, hitting the open door. She then drove off, according to the Springfield News-Sun.

“I had to lean back to avoid getting hit,” the victim told police.

The man took a recording of the confrontation on his phone and even had his girlfriend — a witness in his passenger seat — give an account of the incident to police.

Police arrested Wright Monday for her outstanding warrants after they ran a random license plate check on her car. 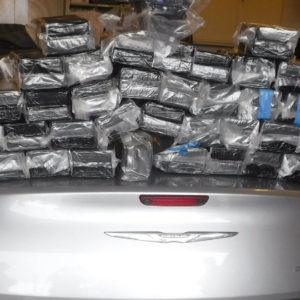 by Steve Birr OHIO - Police in Ohio stumbled upon a massive supply of cocaine during a routine traffic stop Tuesday,...