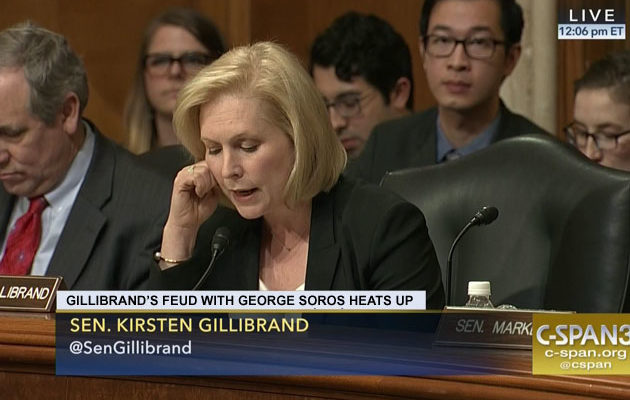 At the center of the feud is Gillibrand’s decision to call for then-Minnesota Democratic Senator Al Franken’s resignation in December 2017, following a series of groping allegations levelled against him. Soros in June accused Gillibrand of betraying Franken “in order to improve her chances” of winning the presidency in 2020.

Gillibrand fired back at Soros in a Huffington Post story published Wednesday.

“If standing up for women who have been wronged makes George Soros mad, that’s on him,” Gillibrand told HuffPo. “But I won’t hesitate to always do what I think is right. For nearly a year, we have seen countless acts of courage as women and men have spoken hard truths about sexual assault and sexual harassment and demanded accountability.”

https://t.co/GQTRUNVZNt Gillibrand has not gotten this far without knowing that women who stand up to men usually pay a steep price for it. The idea that she’s opportunistic, instead of taking a risk to do the right thing, is so sexist it’s breath-taking.

Soros’s support is crucial for any Democratic politician with presidential ambitions. Soros and his son, Alex Soros, combined to spend over $20 million on the 2016 election cycle.

Other Democratic donors are also furious at Gillibrand for turning on Franken.

“I think it was a big mistake,” Irene Finel Honigman told HuffPo. “I was not that impressed with her to begin with. I think she certainly had potential, but as for many people, this kind of sealed the deal.”

“I viewed it as self-serving, as opportunistic — unforgivable in my view,” another donor, Rosalind Fink, told HuffPo. “Since then, I have not purposely attended any fundraiser where she was there. And there is absolutely no way I will support her.”

Unlike Gillibrand, other Democratic senators have expressed regret over Franken’s resignation. Franken hasn’t ruled out a return to public office. 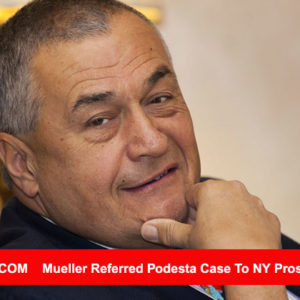