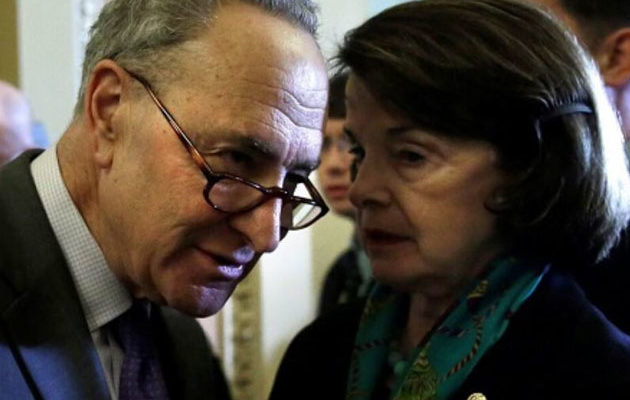 NEW YORK, NY – The likes of Senators Feinstein, Durbin and Schumer are no dopes. They know the dangerous slippery slope path their party is now firmly locked on to. Believe it, they do. But they are helpless to speak up, to act up, to stem this plan to chain this nation to the ideals and theories of Karl Marx, Vladimir Lenin and eventually, as we will see, to end up under the laws of the Koran….. Sharia. Our current Progressive, Socialist, Left Wing, Democrats are so caught up with the boiling hatred for Trump and the “trash, rabble, scumbags and deplorables” who elected him that they have been easily led to utilize any means to turn this nation into a one party rule dictatorship.

As in early Hitler days in Germany, they have taken to the streets. Today’s Dems have no sense of history. They refuse to understand that the Deutche legislative leaders who roiled up the common people to smash windows, beat people and demonize others with different political beliefs were the first to disappear once their usefulness was over. Today’s American Leftists have dangerously aligned themselves with the more devious Islamists who despise them just a bit less than they do the Conservatives who are on to their game of turning this nation into a Western Hemisphere Caliphate.

Once the useful idiots on the Left have accomplished their assigned mission of weakening by cleansing this nation of Conservative political power, they will be next on line to bend their heads to the scimitar.

Look at the leadership of the current Women’s Movement. Linda Sarsour, a dedicated American born Muslim, an ardent foe of Israel and democracy, leads women on marches for of all things, feminist values. Not one of the thousands of infidel women, Christians and Jews, who follow under her banner question her background, values or sympathies for Koranic law which treats women as less value than cattle.

The Democrat Party, 99.9% infidel, has a Nation of Islam and CAIR leader, Keith Ellison, as second in command of the party. He nearly made it to the top. More Muslims than ever are now running, all of them on the Democrat ticket, to hold public office. To their credit, they don’t stop pushing and the Progressive infidels in their way, don’t stop backing down, fearful of being labled, Islamophobes.

Just take a look at the rising violence stemming from the Left that has this nation reeling. Scalise shot, Rand Paul beaten physically, Republicans chased out of restaurants, Trump supporters attacked in the streets. The families of elected Republican threatened with murder. People fearful of identifying themselves as Republicans for fear of violence. Surely, this will lead to bloodshed. It’s coming. How to stop it? Speak up! These bullies cannot and will not stand up to confrontation. They thrive on the fear and indecisiveness of their potential victims. They smell out weakness. Be strong, educated in what you believe in and pray that we will survive what may be the greatest threat to this nation’s existence we have ever known. 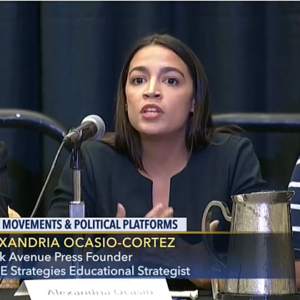