NEW YORK, NY – One of China’s largest sex doll manufactures sends half of its overseas shipments to the United States.

The Chinese company WMDOLL ships half of its overseas exports to the U.S. and anticipates that its artificial intelligence (AI) model released at the end of 2016 will be just as popular to Americans as its non-AI products, Reuters reported.

WMDOLL sells an estimated at 20,000 dolls a year. The dolls include various models of fake women with dozens of body shapes and over 260 different faces, according to Reuters. The company has sold over 20 AI model dolls that are priced between $1,400 to $7,400.

These sex dolls, produced in China’s southeastern province of Guangdong, have their moving limbs operated by remote control and can hold a basic conversation https://t.co/Xuwx3TzGpq pic.twitter.com/gx5SKoIaqm

Eighty percent of the company’s total sales are exports.

Its artificial intelligence model is called “Lucy” and can speak with a limited vocabulary and has remote-controlled limbs and body movement.

In addition, sex bot brothels are popping up and becoming popular around Europe, and there are other companies producing male dolls and child size models.

The U.S. House of Representatives passed the Curbing Realistic Exploitative Electronic Pedophilic Robots (CREEPER) Act on June 13 as a response to new product knowledge on child sex bots. The bill would ban the importation and trafficking of child sex dolls, which come mostly from Asia, according to McClatchy DC.

Check out the @weeklystandard's article on the disturbing issue of child sex dolls and my legislation to stop it. I introduced the the Curbing Realistic Exploitative Electronic Pedophilic Robots (CREEPER) Act to ban the importation of these horrific dolls. https://t.co/m5irur8WcG

The bill is under review in the U.S. Senate, according to Fox News.

Here's the Thing About the Daily News & What It Means to You; An Op-Ed by Fair Media Council's Jaci Clement 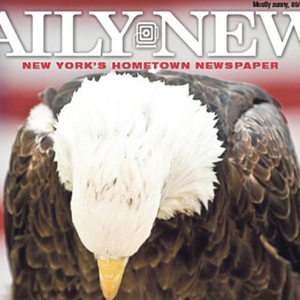 Here's the Thing About the Daily News & What It Means to You; An Op-Ed by Fair Media Council's Jaci Clement