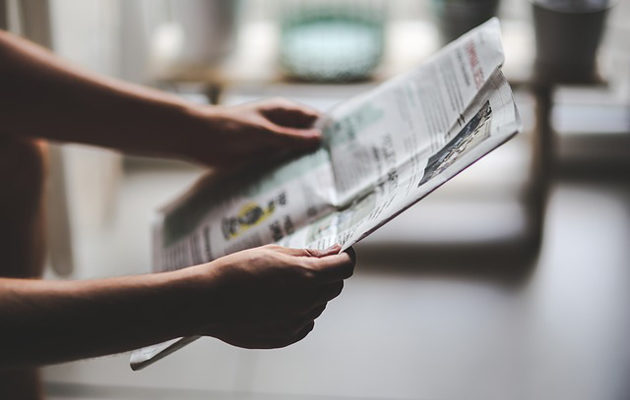 LONG ISLAND, NY – Have you ever turned away from a newspaper or news website in disgust after seeing major events glossed over in favor of gossip, or switched off the television after listening to newscasters drone on about fluff instead of the real issues that affect your life? If so, you’re not alone, and the Long Island Media Task Force aims to do something about it.

The mission of the Long Island Media Taskforce (LIMTF) is to “educate the public” about the importance of journalism, “fight the machine” by challenging the media and their corporate overseers, and “wake up the supervisors” whose mandate is to protect and strengthen the flow of information to the public. The group holds monthly meetings at the Plainview-Old Bethpage Library where they engage in intense discussions on national topics that affect Long Island on a local level; items that are typically brushed aside by the mass media in favor of more sensationalist, gossip-style fare, they say.

The LIMTF was founded in October of 2015 by Janine Melillo of Plainview after she came across a few documentaries on important news stories that aren’t covered by mainstream media and wanted to arrange showings of them for like-minded individuals who feel the big TV networks and newspapers aren’t doing their jobs.

“I saw these films – one was called Shadows of Liberty, and the other was Project Censored: The Movie – and both of them blew me away,” she said. “I went to a local meeting and asked if anyone was interested in forming a sub-committee on the media, and the LIMTF was formed. Then, we started showing these films at local churches and libraries, as well as getting guest speakers and the like. Anything we could do to get the public educated and informed.”

LIMTF member Bob Seltzer of Muttontown said that he attended one of Melillo’s film screenings, and immediately afterward felt compelled to join and lend his voice to the mission. He talked about a recent forum that the group held that centered on examining the flaws in the media and how Long Island isn’t getting the unfettered access to pure, unadulterated news that it both needs and deserves.

“I was very interested and wanted to find out who these people are, so I went to one of their meetings, and I’ve been coming ever since,” he said. “We held a recent forum where what we did was talk about what is going on in the Long Island media and how it impacts us locally, and then we brought in experts who talked about the things you’re not hearing about in the media.”

Ruth Cohen of Great Neck noted that a big focus of the LIMTF is keeping on top of the Federal Communications Commission (FCC), a Federal Government organization that regulates interstate radio, television, wire, and satellite communications.

“Every month we have a project that we feel the FCC should do something about,” she said. “You can go on their website and file comments and complaints with them, which we’ve done regarding topics such as media ownership by corporate giants, Net Neutrality, and large media mergers, to name a few.”

There are pure, unfiltered, in-depth news sources out there – radio, print, and the internet – that feature real talk on real topics for those willing to dig a little, Seltzer said.

“Basically, our goal is an intelligent media that leads to an informed citizenry… to try and get the media to do a better job, get out of this corporate spin world that we live in, and get us to the point where we are actually informed about issues,” he said. “The problem is that the media covers national issues, but we don’t know how they affect us. A big recent issue is Fair Trade, but how did the last Fair Trade deal affect Long Island? We hear about immigration as a national problem, but what is it like on Long Island? There’s very little news that focuses exclusively on just Long Island, despite the fact that it’s a huge market.”

Getting the real deal on news and Long Island issues is vital when it comes to residents making a difference when it comes to participating in both local and regional elections, according to Melillo.

“We don’t know where our taxes are going, we don’t know what’s happening in transportation or development around railroad stations, housing issues, and the fact that so many young people are leaving Long Island,” she said. “We are supposedly the least prosperous of the four suburbs surrounding Manhattan…why? What is causing that, and what can we do? We need to know these things so that we can evaluate the candidate’s platforms and then know how to vote.”

Huntington resident Matt Board is a staunch supporter of the LIMTF, and feels that the their hard work and dedication to their cause will eventually pay off in a more informed public armed with the ability to invoke real change – both in their communities and nationwide – for the better.

“There are many, many things out there that would be different if only more people knew about it…then something could be done, but the media is the blockage, and that’s why we’ve formed this group,” he said. “We like to think of ourselves as part of a really exciting movement, that’s not getting much coverage, but it’s big and it’s progressing quickly. We’re getting the word out.” 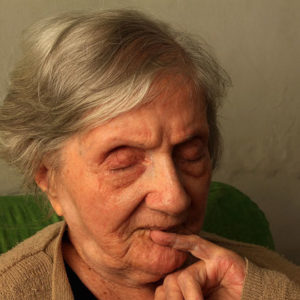 by Evie Fordham NEW YORK, NY - New research on the link between blood pressure and Alzheimer’s disease stresses the importance...