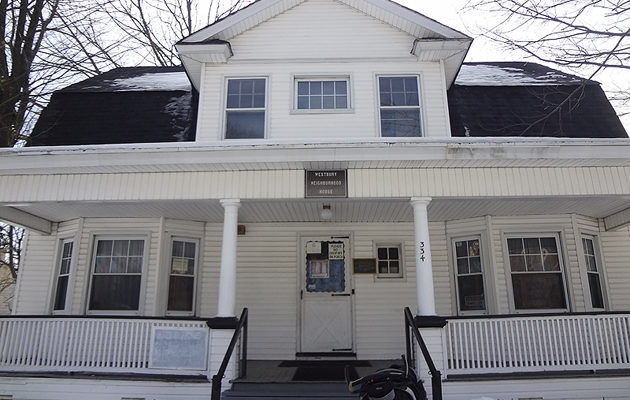 LONG ISLAND, NY – Serving the needs of the less fortunate members of the community for over a century, the Westbury Neighborhood House has stood the test of time as a beacon of hope to the community that it steadfastly serves; one that more and more people desperately need in these harsh economic times.

The Neighborhood House is an independent, not-for-profit, volunteer-driven charity that serves the Westbury, Carle Place, New Cassel, and Old Westbury areas. Originally founded in 1916 in a house located on Union Avenue, the group quickly outgrew that location and, in 1920, moved to a new two-story house located at 334 Winthrop Street, where they have remained ever since.

Life-long Westbury resident Raymond Muntz, retired from a career at the Grumman Corporation, said he’s always been an active member of the community; he has worked at the Neighborhood House for the past ten years, serving the last five as President of its Board of Directors.

In addition to the Neighborhood House, I’m also on the board of the Westbury Historical Society, I belong to the Arts Counsel, and I work with the Cub Scouts,“ he said. “I also do the Village Newsletter, which is about the only thing I get paid for these days…the rest I do for free.”

Muntz stated that, back when the Neighborhood House was originally founded, circumstances were different in the community; early deeds the organization performed involved providing services that local schools and government now provide for themselves, including lunches for children, nurse services, and trash collection.

“Sometimes we have school groups visit here, and I tell them that things that we take for granted weren’t happening 100 years ago,” he said.

Nassau County and the school districts eventually took over many of these duties themselves, so over time the Neighborhood House evolved and moved on to providing other vital services for the community. Muntz noted that prospective clients must first go their an intake process, where they discuss their needs and resources with a social worker; if deemed eligible for assistance, they are given access to food, clothing, counseling, housewares, and other resources aimed at getting them back on their feet; in addition, at holiday time toys and turkeys are provided as well.

Of course, this kind of assistance, while completely free to clients, doesn’t come cheap to the Neighborhood House; the charitable group is always on the lookout for funding sources to keep their operation running, Muntz said.

“Our annual operational budget is in the $35,000 range,” he said. “About a third of that comes from annual appeal letters that we send out to the community, asking them to please donate. We don’t get anything from Nassau County, but occasionally we get a grant from something known as the Good Neighbor Fund…when they are trying to reach a certain goal and it’s something that we’re trying to do as well, they’ll give us a grant. It’s not reliable, but when we get it, it helps. We also ask for small donations for some of the clothing we have available here.”

However, the Neighborhood House is making a plea to the community to enlist as many of their associates as possible in assisting their efforts, as Muntz said lately they’ve found themselves delving into their reserve funds to stay afloat.

“We had two former board members will us money, but lately we’ve been eating into that, which we don’t want to do,” he said. “In the appeal letters that we send out, I say that we’re looking into the future, and we don’t want to wait until the last minute to tell them that we’re out of money…we appreciate what people donate, and we ask that get a friend to donate as well.”

The Neighborhood House currently has about 20 volunteers; while this is adequate for the most part, Muntz said, they are always looking for more.

Amityville resident Ruth Pellegrino is a licensed Social Worker at the Neighborhood House who handles a great deal of the paperwork that the charitable group’s activities tend to generate. She works hands-on with many of the families that the group assists, offering her services as a counselor when she encounters individuals or families in distress.

“I currently have files on almost 1,700 families that we’re actively helping right now,” she said. “We manage to keep up with all of those people because we only allow one visit a month, unless it’s a desperate emergency. But being able to help all of these people makes me feel very good, when they come in and tell you, ‘Thank you so much.’ Then it feels really good.”

While the mission of the Westbury Neighborhood House at times seems to be an uphill battle, Muntz said that the ability to positively touch so many lives in the community makes all the hard work more than worth it.

“We’re just fortunate that we can do it…we have people that would probably starve without our help,” he said. “Even if you don’t live here and it’s an emergency, we won’t turn you away…we’ll help you one time and then try to fund you resources in the town that you live in. For example, we had a woman from Smithtown that had heard of us come in for help…we gave her some food and household stuff, worked with her maybe three or four times. Then, maybe five months later, she came in, thanked us, and even offered to make a donation. It’s really nice when something like that happens.”

Farley: "Gillibrand Cares More About Children Crossing Border in Mexico, Then She Does Kids in New York" 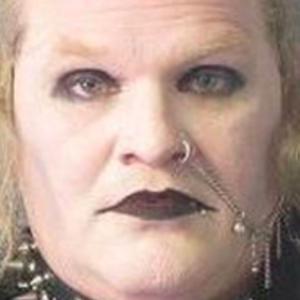 Farley: "Gillibrand Cares More About Children Crossing Border in Mexico, Then She Does Kids in New York"