Apple, Amazon, BlackBerry, Microsoft, and Samsung — which collectively make nearly all of the smartphone and tablet devices in the world — were given unique access to Facebook users’ information in 2008, long before the Facebook app was available in a usable, widespread manner on mobile phones, the Times reported Sunday.

The deal may have violated a Federal Trade Commission (FTC) regulation that makes it so users must positively consent to having their information mined from their phones.

The phones collected over 50 pieces of information on users including names, emails, relationship status, religious beliefs, pictures, and the same information of users’ friends.

“It’s hard to remember now but back then there were no app stores. So companies like Facebook, Google, Twitter, and YouTube had to work directly with operating system and device manufacturers to get their products into people’s hands,” vice president of product partnerships at Facebook, Ime Archibong, responded to the Times piece in a blog post Sunday.

Facebook claims to have ended the policy of letting Facebook users give up their friends’ information in 2014, but the Times reported the practice was ongoing for the mobile device makers.

Officials from Facebook denied assertions in the Times report.

“Contrary to claims by the New York Times, friends’ information, like photos, was only accessible on devices when people made a decision to share their information with those friends,” Archibong wrote.

Ashkan Soltani, a former FTC chief technologist, told the Times that the phones’ capabilities were akin to “having door locks installed, only to find out that the locksmith also gave keys to all of his friends so they can come in and rifle through your stuff without having to ask you for permission” 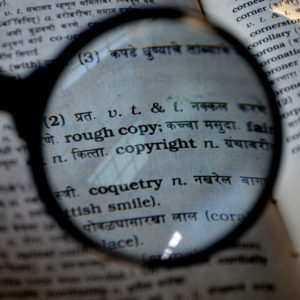 by Kyle Perisic WASHINGTON - The European Union proposed a copyright regulation that Save Your Internet, a digital rights...