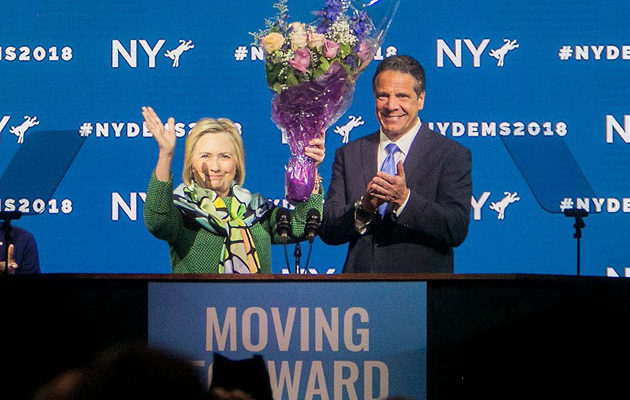 NEW YORK – Former Secretary of State Hillary Clinton said she is inspired by women in politics during an event where she endorsed a man over his female primary challenger.

The remarks came at a speech at Hofstra University Wednesday, where Clinton threw her support behind incumbent Democratic New York Gov. Andrew Cuomo as he faces a primary against insurgent “Sex and the City” actress Cynthia Nixon.

Clinton went on to say that she believes Cuomo is the best person to lead New York in its fight against President Donald Trump’s agenda.

Now more than ever we need leaders who will stand up for progressive values … most of all, we need leaders who believe in producing results,” Clinton said. “These are difficult times for our country, but I have never been prouder to be a New Yorker and a Democrat than I am today.”

Gov. Andrew Cuomo to Hillary Clinton: “You talk about carrying a torch? You carry the torch.

“…You’re an inspiration, you’re a crusader, you’re pioneer, and we are so grateful you’re a New Yorker.” https://t.co/CFdzczE0fE pic.twitter.com/memhPvduXD 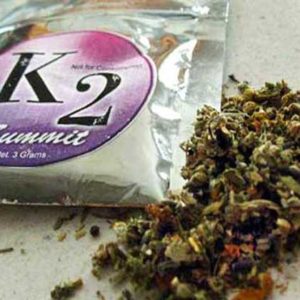 by Steve Birr NEW YORK - A batch of synthetic marijuana has caused several dozen overdoses since May 19 in New York City,...