NEW YORK – A coalition of left-wing organizations have started a petition to get the Federal Trade Commission (FTC) to regulate Facebook in order to “make Facebook safe for democracy.”

“The FTC should spin off Instagram, WhatsApp, and Messenger into competing networks, require interoperability, so we have the freedom to communicate across social networks, and impose strong privacy rules that empower and protect us,” the coalition, Freedom From Facebook, states in their petition.

Tell the @FTC that it is time to break up Facebook’s monopoly. Make Facebook safe for democracy and sign the petition: https://t.co/5ZryFuhdKF

“Facebook and Mark Zuckerberg have amassed a scary amount of power. It tracks us almost everywhere we go on the web and, through our smartphones, even where we go in the real world,” the coalition said.

Facebook has come under public scrutiny for its data collection practices and its alleged bias against conservatives. The social media company seems to be making some progress. Facebook suspended around 200 apps that misuse users’ data on May 14 and partnering with conservative think tank The Heritage Foundation to conduct a political bias audit, The Daily Caller News Foundation reported on May 2.

Facebook CEO and founder Mark Zuckerberg came under attack on May 10, with some shareholders saying the way he runs the company is “akin to a dictatorship.”

The social media giant also began researching if users would be willing to pay a subscription like Netflix to remove ads, implying the site would no longer collect those users’ data for ads, according to The Daily Caller News Foundation’s May 4 report. A The vast majority of users would rather leave the site than pay for it, an April 22 poll found. However, Zuckerberg said on April 10 there will always be a free model of Facebook.

It’s not clear when the coalition first formed, but its website was registered April 25 by GoDaddy, according to WhoIs.

The coalition is made up of MoveOn.org, Demand Progress, Citizens Against Monopoly, Content Creators Coalition, Jewish Voice for Peace, Mpower Change, Open Markets Institute, and SumOfUs. 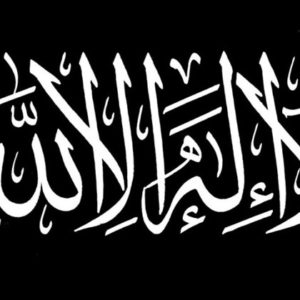 by Joshua Gill VIRGINIA - A West Virginia school has come under fire for instructing junior high students to write the Islamic...