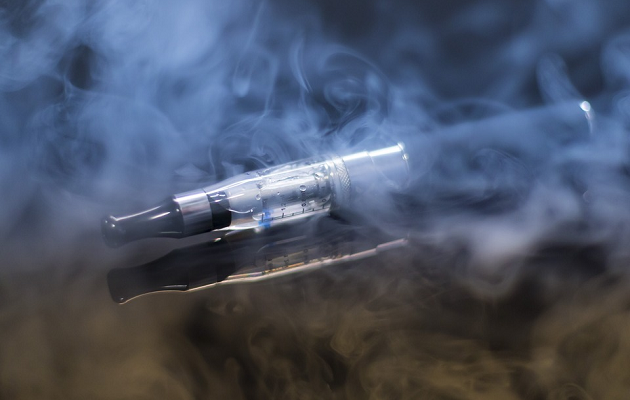 ILLINOIS – The top health official in Chicago is lashing out against electronic cigarettes, employing long-debunked narratives to advocate a crackdown on the industry from federal regulators.

Dr. Julie Morita, the city’s public health commissioner, claimed Monday that vapor products, “are the latest effort by Big Tobacco to get our kids hooked on a risky and potentially deadly habit.” The Food and Drug Administration must, “act immediately to ban youth-attracting flavors in all tobacco products,” and issue smothering regulations against the industry, Morita argues in an editorial for The Hill.

The “hysteria-laden” op-ed retreads through the tired and largely disproved arguments of tobacco control zealots, falsely claiming the industry is dominated by Big Tobacco and intentionally manufacturing flavors that entice kids.

“This is Chicago politics at work,” Gregory Conley, president of the American Vaping Association, told The Daily Caller News Foundation. “Mayor Rahm Emanuel decided long ago that fearmongering about tobacco was an issue that would win with his voters, so it is no surprise that his handpicked bureaucrat would join him in vilifying a technology that is helping adult smokers quit.”

While Big Tobacco is certainly attempting to secure a foothold in the vapor market, the industry is dominated by smaller-scale independent retailers and manufacturers. JUUL Labs for example, which currently represents more than 50 percent of industry sales from retail stores, was founded by former smokers who wanted to provide a viable alternative to the combustible cigarettes pushed by Big Tobacco. The company recently announced a $30 million investment into independent research of their products and are pledging to back legislative efforts to raise the tobacco purchasing age to 21.

Morita insists, however, these allegedly insidious tools that are helping millions of smokers quit combustible tobacco must be restricted. She is calling on the FDA to reverse their 2017 decision to delay industry crushing “deeming” regulations that would force retailers to go through a wildly expensive application process for each individual product on their shelves.

These pre-market applications are set to bankrupt most e-cigarette companies, dramatically limiting options for smokers who want to switch to vaping,” Guy Bentley, a consumer freedom research associate at the Reason Foundation, recently noted in the Washington Examiner.

In her attack on the industry, Morita seizes on the same alarmist rhetoric recently used by Democratic New York Senator Chuck Schumer to suggest flavors are intentionally marketed to kids and must be banned.

“Just like past health commissioners, Dr. Morita is big on bluster, but low on actual useful advice for existing adult smokers,” Conley told TheDCNF. “Contrary to her hysteria-laden comments, we know from studies of vapers that flavors play a critical role in helping smokers disconnect from the taste of tobacco.”

Researchers from the Yale School of Public Health and the Centre for Health Policy at the Imperial College in London published a study in September 2017 investigating the impact flavor restrictions may have on e-cigarette use. The scientists found that a ban on e-cigarette flavors in the U.S. would reduce the use of vaping devices by more than 10 percent, suggesting users would default back to more harmful cigarettes.

“The idea that vaping is leading youth to become smokers is contradicted by the data showing record declines in youth cigarette usage as vaping experimentation has increased,” said Conley.

The prevailing research on vapor products, which is overwhelmingly positive, has led esteemed medical bodies throughout the U.K., including the Royal College of Physicians, to conclude vapor products represent less than five percent of the risk associated with cigarettes.

Even the American Cancer Society, which is historically critical of vaping, recently acknowledged the safety of vaping, and even argues medical providers should support smokers who are attempting to quit with a vaping device.

TheDCNF reached out to the Chicago Department of Public Health for comment, but the phone number listed on its website is no longer in service.

by Kyle Perisic NEW YORK - A coalition of left-wing organizations have started a petition to get the Federal Trade Commission...