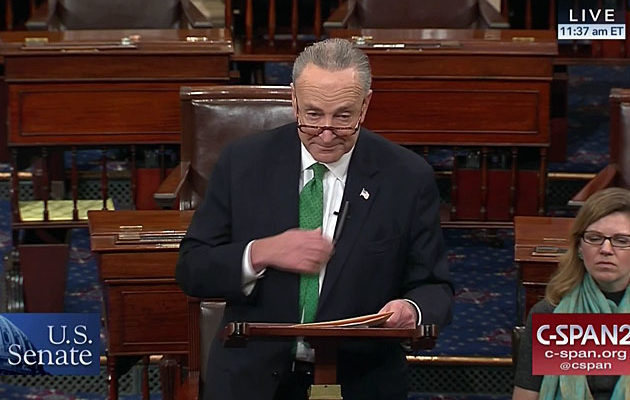 Speaking on the floor of the chambers, Schumer was arguing for the need to pass a Congressional Review Act (CRA) resolution introduced by Democratic Sen. Ed Markey of Massachusetts that aims to reverse the Federal Communications Commission’s undoing of internet regulations. Schumer, Markey, several Democrats and one Republican in the Senate are pushing forward with the CRA to reinstate a prior FCC administration’s 2015 Open Internet Order, which would establish multiple stipulations over how broadband companies can operate. Specifically, they want to stop companies from throttling or blocking web traffic, and creating different tiers of payment, among other purportedly unfair tactics.

But if the net neutrality rules were to be resurrected, it’s not exactly clear how much the government would oversee the pricing. Schumer’s comments in the Senate, though, provide a clearer look into his perspective and what potential enforcement could look like.

“When the Republican-led FCC voted to repeal net neutrality in December, they handed the large internet service providers all the cards,” said Schumer. “Public schools, rural Americans, communities of color, or anyone in a remote area or without substantial resources could be at a significant disadvantage if the ISPs start charging more for decent internet.”

You know, people say, well, let a private company do whatever it wants, let them charge whatever it wants,” the Democratic lawmaker continued. “But in certain goods which are essential, we don’t do that. Utilities, highways, the same thing now applies to the internet. It’s a necessity and we have to have protections for average folks, for small businesses, for working families.”

Opponents of the net neutrality rules, however, argue that the concept of paid prioritization is inherent to how the internet truly works, and is being distorted by Democrats to fit the claim that ISPs only vary internet speeds for profit-seeking purposes.

“The whole notion about neutral networks and all data being the same is the total opposite of 5G [the next, fast-approaching generation of networks],” Roslyn Layton, a visiting scholar at the American Enterprise Institute who also served on the 2016–2017 FCC’s Presidential Transition Team, told The Daily Caller News Foundation several months ago.

She elaborates: 5G is about all data being treated with the particular technological requirements. If you have a thousand devices in your house, they are not going to all need the same treatment, they’ll need different treatment depending upon what the service is. Maybe [for] health sensors on your body you want to have a certain kind of treatment, and then appliances you don’t. The whole notion of the pricing and engineering for the Internet of Things, it’s not one-price-fits-all, or one-size-fits-all, it’s a highly diversified strategy.

Brent Skorup, a research fellow in the Technology Policy Program at George Mason University’s Mercatus Center, said at the time that he and others aren’t even sure what the net neutrality rules mean, but explains that its ambiguity and dubiousness is exactly why they are likely counterproductive.

But, with the latest commentary, Schumer seems to reinforce the probability that if Democrats get what they want out of the CRA — which is still an uphill climb despite McCain’s absence — they will want to considerably control internet access pricing. 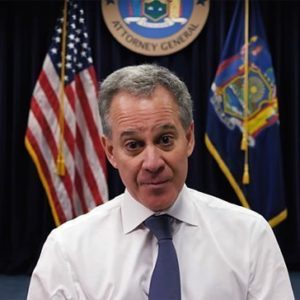