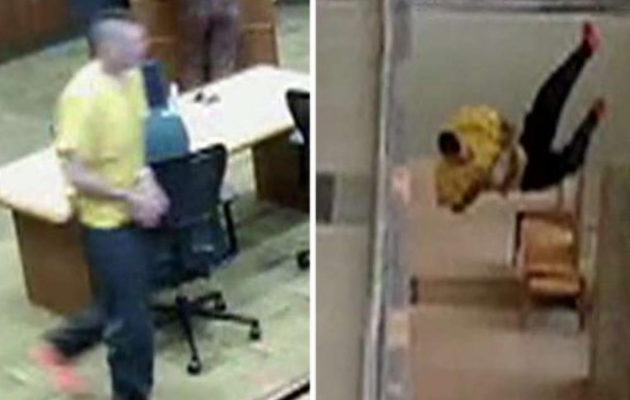 UTAH – A man in handcuffs tried to escape from a Utah courthouse after running out of the courtroom and diving off the second floor, as seen in a chilling video.

The suspect, Christopher Clay Rudd, was in court Monday for not following court orders to attend a treatment program after he was attested for drug charges, Fox News reported. Rudd saw an opportunity to sprint out of the doors of the courtroom and took the chance.

When Rudd exited, he decided to throw himself head first over the second floor balcony, hitting the ground hard.

As Rudd hits the floor, two officers jump on top of him. It is likely he will face additional charges for trying to escape.

It is unclear if Rudd faced any injuries.

Editors note: According to Fox News, the suspect sustained fractures to his skull and injuries to his leg and pelvis. 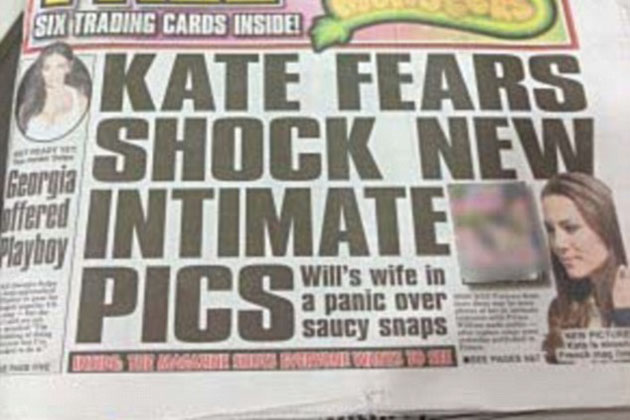 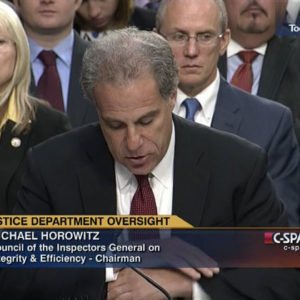 by Chuck Ross WASHINGTON -  The FBI attorney, who exchanged anti-Trump text messages with another bureau official,...