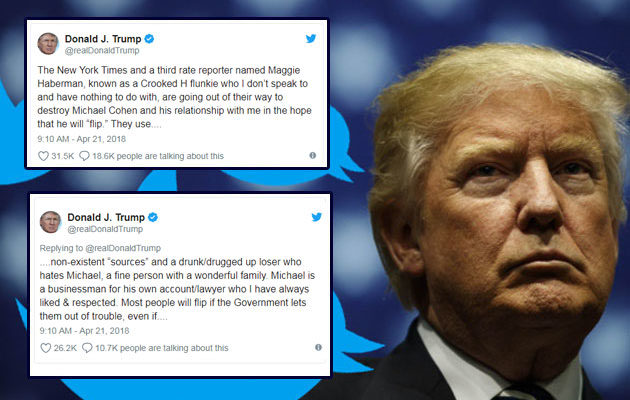 WASHINGTON – President Donald Trump lashed out at The New York Times and reporter Maggie Haberman on Twitter Saturday morning after the outlet wrote that the president’s lawyer Michael Cohen might turn on him.

Apparently responding to the article “Michael Cohen Has Said He Would Take a Bullet for Trump. Maybe Not Anymore,” the president hurled numerous criticisms at The New York Times, which Trump considers a part of the “dishonest media.”

The New York Times and a third rate reporter named Maggie Haberman, known as a Crooked H flunkie who I don’t speak to and have nothing to do with, are going out of their way to destroy Michael Cohen and his relationship with me in the hope that he will “flip.” They use….

….non-existent “sources” and a drunk/drugged up loser who hates Michael, a fine person with a wonderful family. Michael is a businessman for his own account/lawyer who I have always liked & respected. Most people will flip if the Government lets them out of trouble, even if….

….it means lying or making up stories. Sorry, I don’t see Michael doing that despite the horrible Witch Hunt and the dishonest media!

“I will do anything to protect Mr. Trump,” Cohen told Fox News in 2017, according to TheNYT. “I’m the guy who would take a bullet for the president. I’d never walk away.”

TheNYT, citing half a dozen sources, claims that the president treated Cohen like garbage, occasionally threatening to fire him over various unsuccessful business ventures and projects. Speculating, TheNYT seemed to suggest that Trump’s lawyer might not stand up for him now that he is in the hot seat. Trump asserts the media is intentionally trying to damage his relationship with Cohen to get him to “flip” on the president. 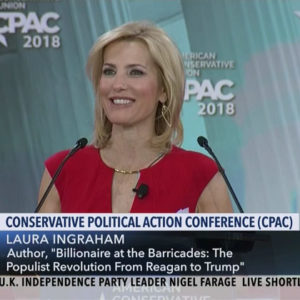