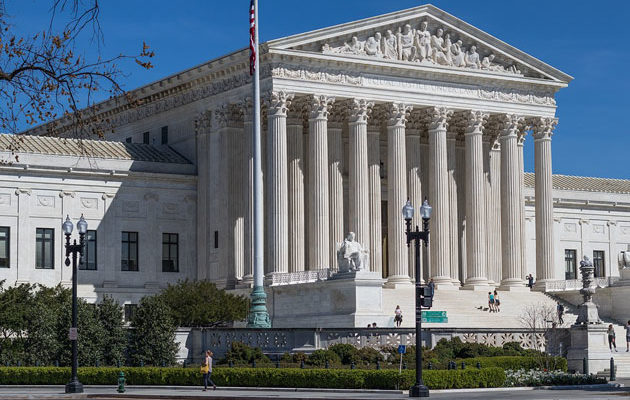 WASHINGTON – A coalition of former senior national security officials filed an extraordinary amicus (or “friend-of-the-court”) brief at the U.S. Supreme Court, urging the justices to strike down the president’s latest travel sanctions.

Throughout the brief, the officials appear to convey inside information that has not been disclosed through official government channels, while implying their policy views should be treated at parity with those of the Trump administration, like the shadow governments of parliamentary systems.

The 52 signatories to the brief served in various diplomatic and national security capacities. Their filing notes held sensitive intelligence and foreign affairs posts when the first and second iterations of the travel ban were issued in early 2017, an unsubtle signal that their views are informed by contemporary intelligence and worthy of deference, the current administration’s conclusions notwithstanding.

“Many were current on active intelligence regarding credible terrorist threat streams directed against the United States as recently as one week before the issuance of the original executive order,” the brief reads. “Some were current around the time of the identically titled March 6, 2017 executive order (“Travel Ban 2.0?).”

Signatories to the brief who fall into this category include John Brennan, former director of the CIA, and James Clapper, former Director of National Intelligence. Both men have been intensely critical of President Donald Trump and resigned their posts effective the day he took office.

The relevant intelligence, they say, does not justify the categorical, country-wide sanctions the administration has adopted.

“Amici are aware of no specific threat or deficiencies in the current visa vetting system that would justify the complete, country-wide suspensions of travel to the United States prescribed here,” the brief reads.

Josh Blackman, a constitutional law professor who comments frequently on the Supreme Court, told The Daily Caller News Foundation that it is highly unusual for former officials to speak so authoritatively in an amicus brief.

“To the extent these are policy disagreements, there’s no problem,” he said. “But to assert that they have better knowledge than the current administration is a very strange argument.”

He also noted that the government alone has the prerogative to make definitive statements to the Court about federal data, reports, and active threat streams.

“Generally it’s the incumbent administration that gets the benefit of interpreting current government reports,” he told TheDCNF.

At two junctures the briefly explicitly sources its claims to the firsthand experiences of former officials relevant to the underlying dispute, or secondhand information collected through personal networks.

For example, at page 9 the brief says the administration did not follow normal interagency process while producing the first travel ban. They cite contemporaneous press accounts and “information available to amici” to buttress their assertion.

In the second instance, the brief contrasts the haphazard drafting of the early bans with the reasoned, diligent adoption of other national security initiatives such as the prohibition on laptop use during certain commercial flights. The comparison, meant to underscore how unusual the ban’s production was, is again sourced to news reports and “amici who were present in the administration.”

In another instance, the brief claims the travel ban has adversely affected the day-to-day operations of U.S. consular staff in countries subject to sanctions. The assertion includes no citations, suggesting it was relayed through private channels or reflects personal experience.

A similar amicus brief was filed in litigation challenging Trump’s ban on transgender servicemembers. As in the travel ban case, the signatories argue the policy was diverges from long-established operating procedures and harms American international interests.

Harold Koh, the Yale Law School scholar who served as Legal Advisor of the U.S. Department of State during the Obama administration, is counsel of record on both briefs, and their are signatories common to each document.

Judge Marvin Garbis favorably cited the brief when he issued an injunction enjoining the policy.

“The court takes note of the amici of retired military officers and former national security officials, who state ‘this is not a case where deference is warranted, in light of the absence of any considered military policymaking process, and the sharp departure from decades of precedent on the approach of the U.S. military to major personnel policy changes,’” the decision reads.

The justices will hear argument in the travel ban case, Trump v. Hawaii, on April 25. 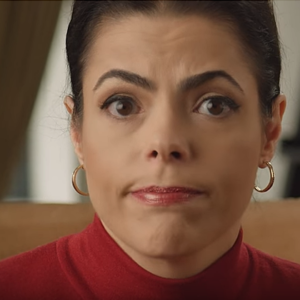 by David Catalfamo  NEW YORK - According to a recent report in the Buffalo publication, "Artvoice", Kirsten Gillibrand’s...