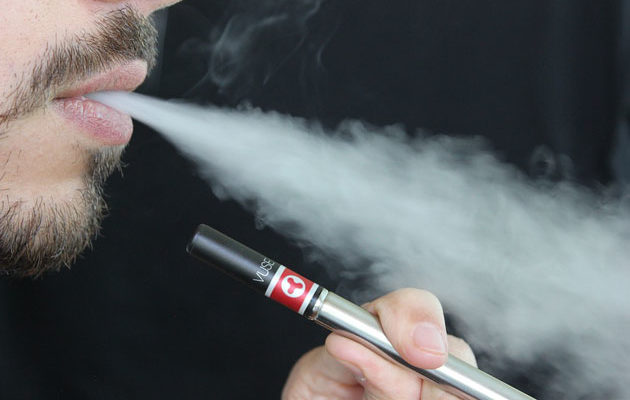 PROVIDENCE – A proposal slipped into Rhode Island’s budget for 2019 targets vapers and small businesses in the state with a massive tax on electronic cigarettes.

Democratic Gov. Gina Raimondo’s budget proposal advocates an 80 percent wholesale tax on all vapor products and related equipment in the state, something harm reduction advocates say will bankrupt the state’s vaping businesses and push former smokers back to deadly combustible cigarettes. Tobacco control advocates previously attempted to secure the 80 percent tax on vapor products in the state’s 2018 budget, but their efforts ultimately failed.

The tax would effectively label electronic nicotine delivery systems as tobacco products, despite containing no actual tobacco. Vaping advocates argue the tax will harm overall public health in the state by cutting off former smokers’ access to vapor products. They also note the proposal will fail to boost state revenues due to diminished sales, coupled with consumers crossing into neighboring states to buy their vapor products.

This misguided proposal takes direct aim not just at vapers who have made an informed decision to shun cigarettes— something Rhode Island has effectively been urging smokers to do for years with its tobacco tax policies— but also at a major employer [Giant Vapes] in Rhode Island, which is a leading name in the vapor industry,” Liz Mair, spokeswoman for Vapers United, told The Daily Caller News Foundation.

The Rhode Island tax proposal for vapor products doubles the 40 percent wholesale tax in Pennsylvania, which is responsible for leveling their vaping industry since implementation in October 2016. The tax is pushing consumers out of state to buy their vaping products. Nicotine liquid that now costs nearly $10 in Pennsylvania is available in New Jersey for $4.99.

Industry advocates estimate the Pennsylvania tax has forced at least 120 stores to close their doors since implementation, representing roughly one-third of all vape shops in the state. They fear the same result in Rhode Island if the tax ultimately goes through.

“Giant Vapes— a major employer— will either be severely financially damaged or will just relocate out of the state, in either case costing Rhode Island a great deal of other tax revenue,” Mair told TheDCNF. “Projected revenue will never actually materialize in full because vapers will choose to drive very short distances to nearby states with lower or no vape taxes to evade the tax— by the way, that would also hurt a ton of small, family vaping industry businesses. On the same count, just like Rhode Island’s tobacco taxes have done, if implemented, this proposal will stimulate the smuggling industry, giving criminal actors who profit off of smuggling a brand new business opportunity.”

Members of the House Finance Committee took testimony on the tax at a hearing March 28 and a final vote on the budget proposal is expected in the coming months.

Public health experts focused on harm reduction argue if government officials are serious about reducing the smoking rate in Rhode Island they should be promoting instead of stifling the vaping industry. 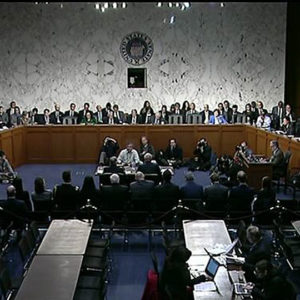 by Chuck Ross WASHINGTON - The chairman of the House Permanent Select Committee on Intelligence is threatening legal...