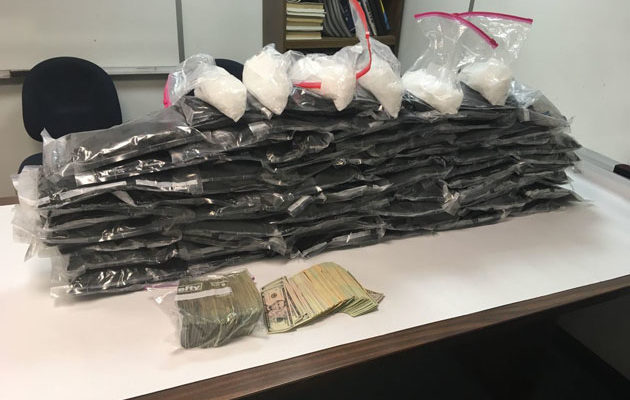 NEW YORK – Two men who were arrested earlier this month for transporting more than 70 pounds of methamphetamine through Oregon are Mexican nationals living in the U.S. illegally, The Daily Caller News Foundation learned.

Israel Mercado Mendoza of Creswell, Oregon, and Rigoberto Morfin Pedroza of Los Angeles were arrested March 17 following a traffic stop on Interstate 5 in Douglas County, Ore. During the stop, a police dog signaled the presence of drugs in the car. A subsequent search led to the discovery of 74 pounds of meth, the largest seizure in county history, according to the Douglas Interagency Narcotics Team.

Mercado Mendoza and Morfin Pedroza are illegal immigrants, according to Immigration and Customs Enforcement (ICE) officials. They were taken into custody and detained at the Douglas County Jail, where federal authorities placed immigration detention requests for both men.

On March 19, ICE lodged detainers on Israel Salvador Mercado-Mendoza and Rigoberto Morfin-Pedroza, both citizens of Mexico illegally in the U.S., with the Douglas County Jail after their arrests on local felony charges,” an ICE spokeswoman told David Olen Cross, an independent crime researcher based in Salem, Oregon.

Cross obtained the men’s immigration status as a part of his research into Oregon illegal aliens’ criminal activity, he told TheDCNF. On behalf of Republican state Sen. Kim Thatcher, Cross creates monthly reports using data from ICE and the Oregon Department of Corrections (DOC). His reports are aimed at documenting the cost of incarcerating foreign nationals in the Oregon prison system, where one in 15 inmates is a criminal alien.

Cross’ research has shown the vast majority of criminal aliens in Oregon’s prison system are serving time for what the FBI defines as violent crimes — murder and non-negligent manslaughter, forcible rape, robbery and aggravated assault — or sex crimes under the Oregon criminal code.

Of the 975 Oregon DOC inmates with active ICE detainers as of February, 744 have been convicted of those violent crimes or sex offenses, according to Cross’ latest report. That compares to about 60 percent of “domestic” inmates who were convicted of the same offenses.

Oregon is one of the nation’s most active states when it comes to limiting cooperation between local law enforcement and federal immigration authorities. It has had a sanctuary state law on the books since 1987. In 2017, the state implemented additional restrictions on the collection and sharing of immigration-related information with the federal government.

State officials have been particularly fastidious about refusing to honor ICE detainers. In 2014, a U.S. magistrate judge found Clackamas County, Oregon, violated an illegal immigrant Maria Miranda-Olivares’s Fourth Amendment rights when it held her on an ICE detainer after she was eligible for bail. To avoid further civil lawsuits, the Oregon Sheriffs Association recommended jail officials stop responding to immigration detention requests unless they are backed by a federal arrest warrant. 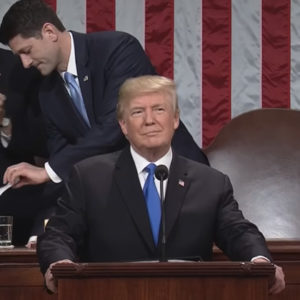 by Robert Golomb NEW YORK - President Trump’s announcement on February 28, two weeks to the day after the February 14 massacre...