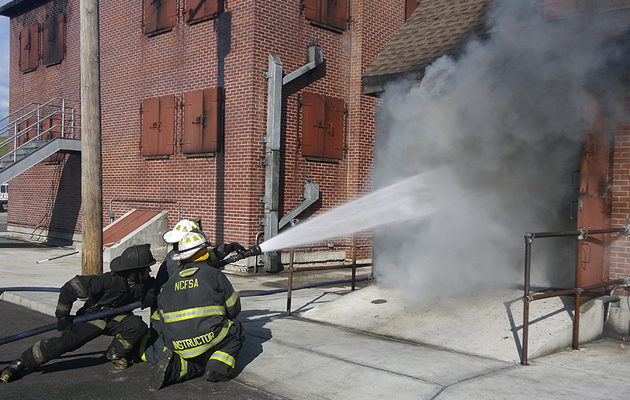 LONG ISLAND, NY – The Nassau County Fire Service Academy of Old Bethpage, NY’s stellar reputation is well-deserved, as they have played a hand in training not only nearly every Nassau firefighter working today, but even some from other counties and even states throughout the country.

Originally founded and operated from the old Mitchel Field Air Force Base, the Fire Service Academy moved to its current 2.4 acre location at 300 Winding Road in 1962, with Nassau County responsible for the construction of the initial structures and buildings on the property. However, over the years the compound has grown into one of the finest training facilities in the United States specializing in every aspect of fire fighting and utilizing the skills and experience of 71 dedicated instructors, all of whom serve with Nassau County fire departments. 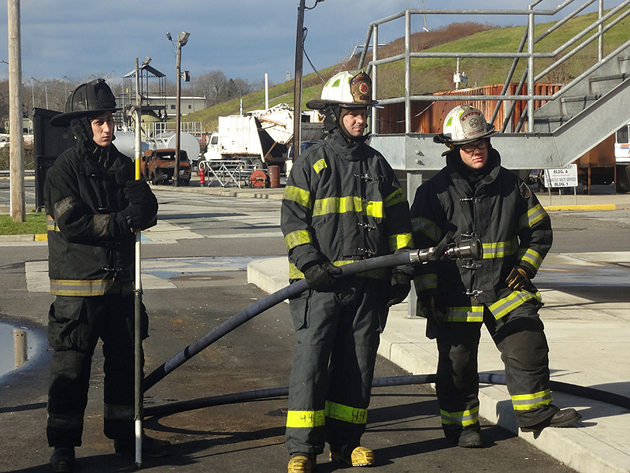 Volunteers from all of Nassau County’s 71 fire departments – and up-and-coming Junior Firefighters as well – train at the Fire Service Academy at no cost whatsoever, with Nassau County picking up the bill for their activities. However, fire control teams for private entities such as corporations as well as firefighters from Suffolk County and beyond have the opportunity to pay to train at the Academy, and often do for the valuable chance to hone their skills in the very best facility around. Fees are not expensive for outsiders; the Academy is satisfied with just breaking even when giving other departments and companies a better chance to safeguard lives in their respective communities.

Firefighters have to endure roughly 66 hours of work – both on the harsh, no-holds-barred training course and in the classroom – in order to don the uniform of their department, as well as 16 hours of hazardous material training. The actual physical work involves learning how to don your protective clothing and gear – including a breathing apparatus – both properly and quickly; effectively erecting, positioning, and taking down ladders; search and rescue operations; carrying long lengths of hose and combating both house and car fires with high-pressure water streams; and much, much more. No one ever said being a first responder was an easy job, but the Nassau County Fire Service Academy makes sure that firefighters can master every aspect of their required skill set for when they’re called upon in a real-life emergency. 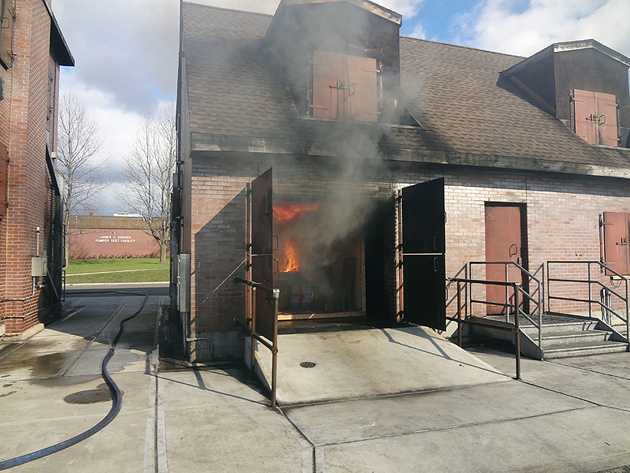 The Fire Service Academy offers numerous buildings (mock apartment complexes, single-family houses) and vehicles (a bus, a car, and even a boat) dedicated to training purposes that can replicate nearly any emergency scenario possible, giving trainees the opportunity combat a live-burning fire in a controlled environment (the buildings themselves car concrete and steel and won’t burn; instead wood and oil “burn packages” are used to simulate actual fires), repel down the side of a house, or conduct a search for a child – or a mannequin, in reality – while navigating blindly throughout a smoke filled residence.

Those worried about any damage to the environment that the activities at the Fire Service Academy may be causing can be rest assured that numerous precautions are taken to eliminate any possible threat to neighboring ecosystems or communities; the facility boasts its own drainage system build into its underground region, where any water or waste residue – including ashes, oil, or any other potentially harmful substances – are contained, collected in their entirety, and eliminated and/or recycled. Water that is able to be re-used after properly treated will be re-integrated with the facility’s self-contained irrigation system and will be made available via hydrants and water tanks peppered throughout the training grounds. 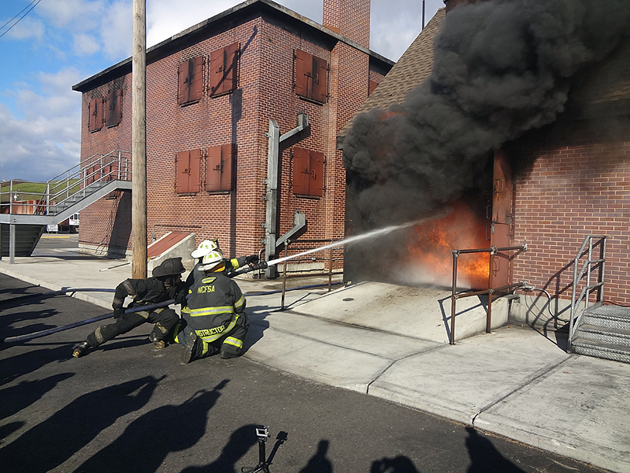 These are just a small handful of the training opportunities available, and it’s one of many reasons why the Nassau County Fire Service Academy is so well-regarded nation-wide- it turns dedicated volunteers into highly-competent firefighters ready to safeguard their communities. The Academy trains approximately 500 firefighters a year, and each one leaves the facility far better-equipped to protect their fellow man, woman, and child than when they entered. 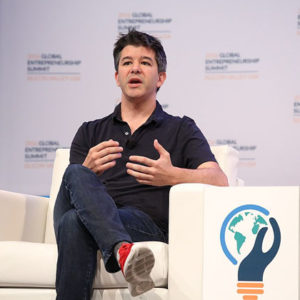 by Eric Lieberman NEW YORK - Former Uber CEO Travis Kalanick, who was essentially ousted from the helm of the company...