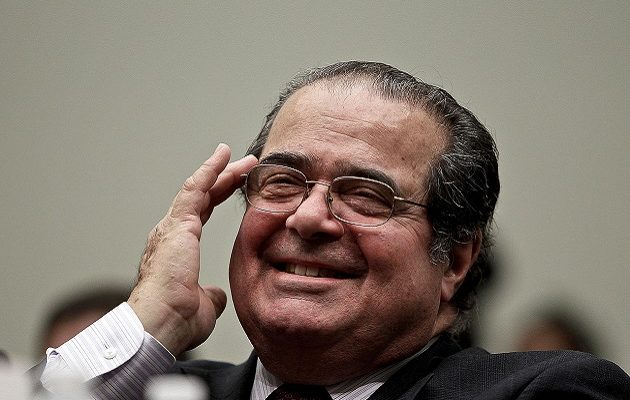 Fix the Court, a judicial transparency group, obtained internal records from the USMS revealing local marshals were not notified of the justice’s death for several hours following his passing, and were slow to respond to the remote west Texas hunting ranch where he was found dead.

The documents, “present new information on how federal agents responded to a momentous event in an isolated part of the country and for the first time reveal the formal policies, and underscore the shortcomings therein,” said Gabe Roth, Fix the Court’s executive director.

The U.S. Marshals are the federal agency charged with protecting members of the Court. Justices opt-in to protection when traveling or socializing. The records show Scalia declined to bring protection to the west Texas ranch where he died, though he did request the Marshals assistance when he switched planes at William P. Hobby Airport in Houston.

The documents establish a timeline of the day of the justice’s death, which suggests local marshals, at first hard to reach, were slow in responding to reports from the hunting ranch.

One of Scalia’s companions attempted to enter his resort suite at 8:15 am on Feb. 12, 2016. Several hours later at 11:00 am, the unnamed companion entered the justice’s room with the assistance of a housekeeper, and found Scalia unresponsive.

Confusion followed from here. The associate attempted to contact the Marshals and the local FBI field office, but they were unable to establish contact with the relevant officials. Local law enforcement was notified. At 12:41 pm — almost two hours after Scalia was found deceased — the Presidio County Sheriff reached the local Marshals office.

It’s not clear that the Marshals understood Scalia was dead after their conversation with Presidio law enforcement. Twenty minutes later at 1:00 pm the west Texas Marshals office called the agency’s communications center and relayed that “a member of Justice Scalia’s party was dead.”

The first federal agents did not arrive on scene until 2:38 pm, two hours after they were summoned by local sheriffs, and almost four hours after Justice Scalia was found dead. At that point, Marshals secured the facility and the justice’s remains, while transferring his personal effects to an agency safe.

Writing two days later in an email to colleagues, USMS official David Musel expressed concern that media interest would grow in the agency’s response to the ranch.

The subject line of the email read “The death of Antonin Scalia: Chaos, confusion, and conflicting reports,” with a link to a Washington Post story with the same headline. 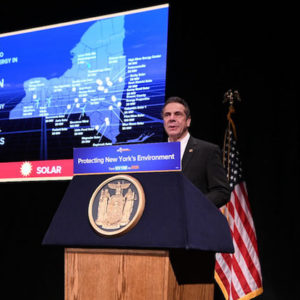 by Andrea Sears NEW YORK - The state has taken a major step toward reaching its goal of 50 percent renewable energy by 2030. New...