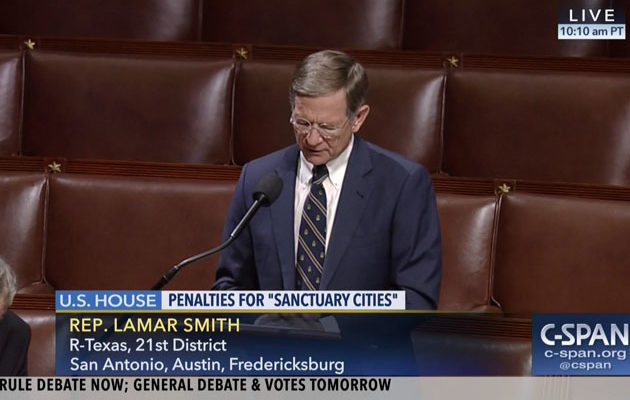 Trump: "I'm calling on Congress to stop funding sanctuary cities so we can save American lives." pic.twitter.com/nTvUG3He80

I’m calling on Congress to stop funding sanctuary cities so we can save American lives. The funding bill should not give precious and massive tax payer grants to cities aiding and abetting criminals,” Trump said at the rally for Republican congressional candidate Rick Saccone. “It’s what they do.”

The city of Oakland faced the president’s ire earlier this week after the mayor began warning illegal immigrants in the city that U.S. Immigration and Customs Officials would be conducting raids. The Department of Justice filed a lawsuit last week against the state of California, its governor and attorney general in response to the sanctuary city laws in the state.

Feature photo: Rep. Lamar Smith Speaks on Need for H.R. 3003, No Sanctuary for Criminals Act The legislation enforces a bill that Smith sponsored in 1996, which was enacted into law and made sanctuary cities illegal. 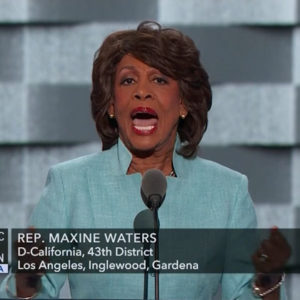