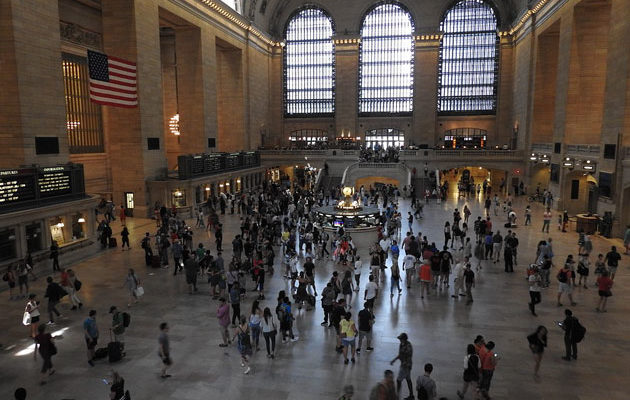 The fierce snow storm which pummeled the northeast coastal areas stranded commuters at the station until train lines came back up, reported the New York Post. Metro-north lines bore the brunt of the storm due to trees falling on the track and issues with the train signals. Three northern lines The Harlem, Newhaven, and Metro-North lines were closed Wednesday afternoon and remain closed Thursday morning.

I’m stuck here, and I’m not very happy,” said Christina Ramos of New Haven, Conn. “It’s not like you can just book a last minute hotel in New York City because they’re overpriced, so I’m stuck sleeping on the floor.”

The Metropolitan Transportation Authority (MTA) tweeted Wednesday that they began sending out extra personnel so passengers could travel safely during the Nor’easter.

Heavy snowfall is expected throughout our region today. We have begun preparations and will be deploying additional personnel throughout the system to help ensure customers can travel safely during the storm.

The Metro-North line resumed operating with a reduced schedule. The metro also warned people of crowded trains due to the delays, added ABC News.

Thank you to our @NYCTSubway staff for working throughout the day and night to keep trains running and platforms clear. pic.twitter.com/y32eDiAv7h 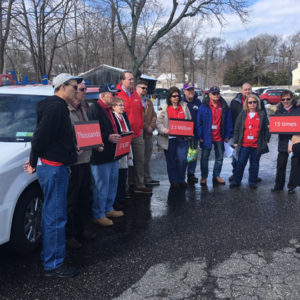 SMITHTOWN, N.Y. – AARP volunteers began fanning out across Long Island today to deliver a message to their State Senators:...