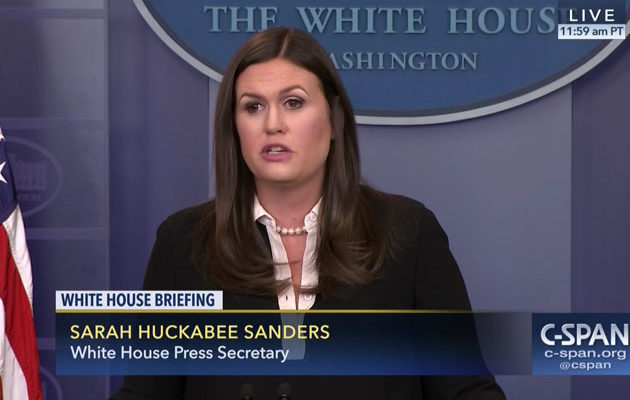 The order prohibits Clifford, who appeared in pornographic films under the name “Stormy Daniels,” from making or encouraging disclosures about her alleged affair with the president.

White House Press Secretary Sarah Huckabee Sanders revealed the order’s existence during a Wednesday briefing. A source close to Trump told CNN’s Jim Acosta that the president was deeply displeased with the press secretary, fearing she had elevated a story Trump would prefer to suppress.

I don’t think escalating is a very good idea for the White House here https://t.co/VFyNzRKZbH

There was no White House briefing scheduled for Thursday. Administration officials denied the decision has any connection to Wednesday’s events.

Cohen submitted an emergency application for a restraining decree to a private arbitrator in California in late February, which was granted in short order. Under its terms, Clifford is precluded from disclosing any information relating to an October 2016 hush agreement, or inducing others to make such disclosures.

Cohen, Clifford, and her attorney executed the hush contract, known as a nondisclosure agreement (NDA), on Oct. 28, 2016. The NDA provides that Cohen would pay Clifford $130,000 through a shell company in Delaware, on the condition that she never publicly reveal her alleged affair with the president. The pair are said to have carried on a sexual dalliance from the summer of 2006 to early 2007.

Michael Avenatti, Clifford’s lawyer, said he does not consider the Feb. 27 decision valid, and that they would proceed with a lawsuit in open court.

“This should be decided publicly,” he told the Times.

Avenatti’s defiance notwithstanding, the NDA calls for binding, private arbitration to adjudicate disagreements relating to the contract.

Clifford is currently suing Trump, arguing their hush agreement is not binding. She says Trump himself is not a signatory of the agreement, while Cohen negated any confidentiality duties that might exist through his statements about the contract to the media.

The case is pending in state superior court for Los Angeles County. 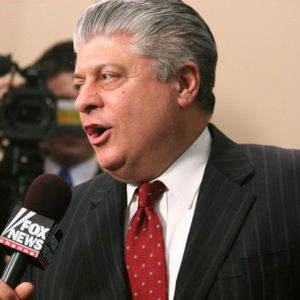