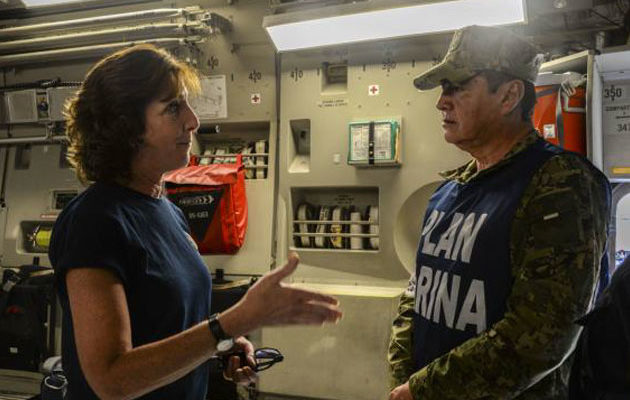 WASHINGTON – U.S. ambassador to Mexico Roberta Jacobson announced Thursday that she is stepping down two years into a three-year tour, making the second senior State Department envoy to resign this week.

Jacobson’s impending departure was first reported Thursday morning by The New York Times, which obtained a memo she sent to embassy staff informing them of her decision.

“After more than thirty-one years of U.S. Government service, I have come to the difficult decision that it is the right time to move on to new challenges and adventures,” she wrote in the memo. “This decision is all the more difficult because of my profound belief in the importance of the U.S.-Mexico relationship and knowledge that it is at a crucial moment. One of the things that makes it easier is knowing that all of you will continue to do your usual outstanding work in ensuring that the relationship grows and prospers.”

Jacobson later confirmed her resignation in a tweet, writing in Spanish that “I will leave at the beginning of May in search of other opportunities.”

Jacobson’s departure comes during a period of elevated tensions between Washington and Mexico City over differences in trade and immigration policy. It also leaves the U.S. without an ambassador-level representative in another key diplomatic post on top of vacancies in equally important embassies including South Korea, Turkey and Saudi Arabia.

Over the past year, diplomatic relations with Mexico have been tested by tough rhetoric from President Donald Trump about what he says is Mexico’s failure to stem the flow of drugs and illegal immigrants across the southwest border. Trump has also angered Mexico City by insisting that it will end up paying for a border wall and threatening to pull out of NAFTA if Mexico doesn’t renegotiate the deal to his liking.

The Trump administration had reportedly been looking at replacing Jacobson, an Obama administration appointee, before she announced her departure. The State Department has not announced who it will nominate in her place.

Feature photo: U.S. Ambassador to Mexico Roberta Jacobson visits with commandant of the Mexican marine corps Vice Admiral Rafael Lopez Martinez Sept. 23 on a C-17 Globemaster III from Travis Air Force Base, Calif., that was flown to Benito Juárez International Airport, Mexico City, Mexico on a humanitarian relief mission. At the request of the Mexican government, the C-17 and its six-member crew assisted U.S. efforts to provide aid to Mexico by airlifting over 130,000 pounds of food, water, hygiene and medical supplies to Mexico City and Oaxaca after a 7.1-magnitude earthquake struck the area Sept. 19. Photo by 2nd Lt. Sarah Johnson, 60th Air Mobility Wing Public Affairs. 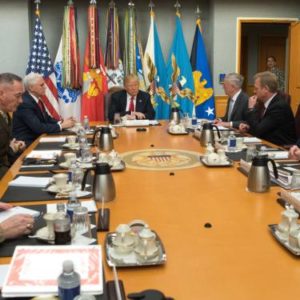