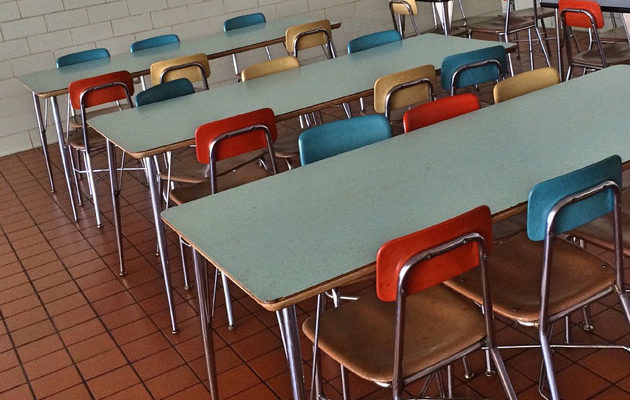 WASHINGTON – Cornell University food marketing professor Brian Wansink has come under fire for employing misleading research practices in his studies that have influenced policies in nearly 30,000 school lunchrooms across the U.S.

Wansink is the co-director of the Smarter Lunchrooms Movement, a program backed by $22 million in federal funds that provides guidance to promote healthy eating in school lunchrooms.

The Smarter Lunchrooms program says its recommendations are scientifically backed in part by two research studies conducted by Wansink.

His experiments found that elementary school children aged eight to 11 are more likely to forego junk food in favor of healthy foods if given “creative, age-appropriate names” such as “X-Ray Vision Carrots,” “All-Star Apples,” and “Kooky Cucumbers.”

Wansink’s findings led to the development of one of Smarter Lunchrooms recommended strategies.

The Department of Agriculture has doled out up to $2,000 in training grants to each of the nearly 30,000 schools that have adopted Smarter Lunchrooms’ guidance.

The USDA described the training grants as an “important component” of former First Lady Michelle Obama’s initiative to combat childhood obesity, in a 2014 press release,

The only problem, as reported by BuzzFeed News, is that both of the Wasnick studies used to scientifically back the Smarter Lunchrooms program have since been retracted after it was discovered he surveyed pre-school children aged three to five, not elementary children aged eight to 11 as originally reported.

Wasnick’s studies have been retracted in recent months for errors in data, methods and results, according to Retraction Database. But the Smarter Lunchrooms program will continue to receive federal funding until June 14, according to the USDA Research, Education & Economics Information System.

Got my school lunch today and it came like this. Thanks a lot @MichelleObama pic.twitter.com/PcfWBhYfkR

USDA spokesperson Amanda Heitkamp told BuzzFeed News in September that the department would consult with Cornell about Wasnick’s faulty research, but noted that the Smarter Lunchroom project is “based upon widely researched principles of behavioral economics, as well as a strong body of practice that supports their ongoing use.”

A 25-year career called into question

Wansink is a self-described “world-renowned eating behavior expert.” His work on human behavior and eating has been backed by over $10.6 million in federal and private research grants, according to his curriculum vitae.

He has appeared on dozens of appearances on national television programs to promote his research.

However, Wansink’s entire body of work is now being called into question following a slew of embarrassing corrections and retractions on his published scientific work.

His fall from grace began in November 2016 when he published a blog post touting the efforts of Özge Si?irci, a visiting graduate student who worked with Wansink in 2013.

Wansink’s post detailed how he directed Si?irci to revisit data he had collected in a failed study. The data “cost us a lot of time and our own money to collect,” Wansink said, and so he urged the visiting student to try to “salvage” something useful from it.

The post immediately drew heavy criticism from the scientific community. Critics accused Wansink of “p-hacking,” the practice of trying to produce something statistically significant out of a set of random data.

Honest researchers use data to confirm a previously established hypothesis, not the other way around. Creating a hypothesis after collecting data, as critics accused Wansink of doing, is known to produce false positives.

The visiting student’s efforts paid off in the short-term, resulting in four published studies by Si?irci and co-written by Wansink. But the four papers were all eventually slapped with retractions or corrections.

The red flags contained within the blog post prompted a group of researchers to dig into Wansink’s body of work. The researchers identified a plethora of issues in 45 of Wansink’s academic publications, including self-plagiarism, data duplication, and data and statistical issues.

Wansink has been hit with six retractions and ten corrections since November 2016, according to Retraction Database. Just one retraction is considered a stain on a scholar’s academic record.

Cornell University has opened multiple investigations into Wansink’s alleged research misconduct. An initial investigation was closed after concluding that the errors in the retracted and corrected Si?irci and Wansink papers did not amount to scientific misconduct. However, Cornell opened a follow-up investigation after Wansink was accused of self-plagiarism and dual publication.

Further adding to Wansink’s troubles are emails obtained by BuzzFeed News on Monday that reveal how he and his team intentionally published questionable research to ensure their findings went “virally big time” in the media.

In one email, Wansink directed Si?irci to “squeeze some blood out of this rock,” referring to a dataset from a previously failed study.

“I will try to dig out the data in the way you described,” Si?irci responded.

“[T]his is not science, it is storytelling,” Nosek said.

“It does very much seem like this Brian Wansink investigator is a consistent and repeated offender of statistics,” added Susan Wei, a University of Minnesota biostatistician. “He’s so brazen about it, I can’t tell if he’s just bad at statistical thinking, or he knows that what he’s doing is scientifically unsound but he goes ahead anyway.” 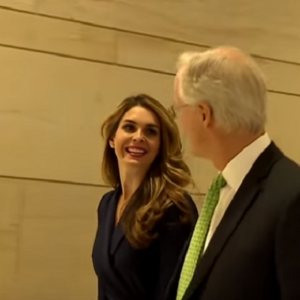