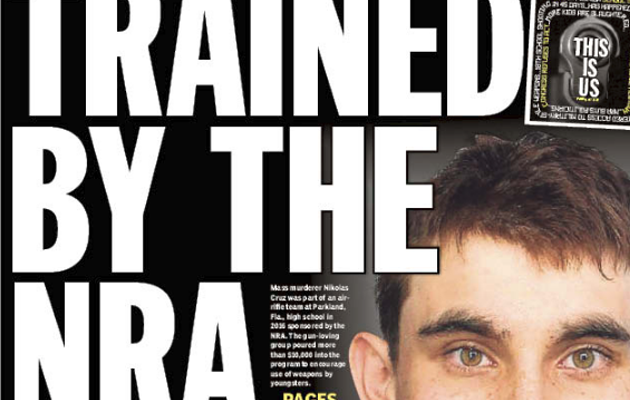 NEW YORK, NY – “TRAINED BY THE NRA.”, That’s the bombastic and misleading headline running in The New York Daily News’ Saturday print edition about Nikolas Cruz, the 19-year-old man who confessed to murdering 17 high school students and faculty in Parkland, Fla., on Feb. 14.

The rampage, in which Cruz used an AR-15, sparked a typical debate over gun rights, with Democrats and liberals calling for increased gun control. Part of the strategy has been to link Cruz to the National Rifle Association, the largest gun lobby in the U.S.

The Florida shooting suspect was on an NRA-funded school rifle team https://t.co/6pZqrtZMRD

Vox, a left-leaning website, published an article with the headline: “Nikolas Cruz was reportedly on an NRA-funded rifle team in high school.”

And Think Progress, a website affiliated with the leftist Center for American Progress, published a piece headlined, “The NRA donated $10,000 to help train the Parkland shooting suspect to use a rifle.”

“He was a very good shot,” Aaron Diener, a teammate of Cruz’s in the marksmanship program, told the Associated Press.

According to the Associated Press, the NRA Foundation gave $2.2 million in cash and non-cash grants to schools in 2016. Most of the grants — $1.8 million worth — were in-kind donations of “equipment for high school air rifle teams to gun safety programs for younger children.”

Stoneman Douglas received a $10,827 non-cash grant as part of the program, according to the AP.

There is no evidence that the NRA provided marksmanship training to Cruz or any other JROTC members.

The Daily News and other breathless reports about Cruz’s alleged NRA links left out other critical context about the JROTC funding.

Some of the grants provided to Stoneman Douglas’ program were used to purchase bulletproof Kevlar curtains that were used to protect students during Cruz’s rampage.

As the AP reported:

Colton Haab, a second lieutenant and platoon leader in the school’s JROTC, told The Associated Press that he helped usher about 90 students into the room where cadets train with pellet rifles. Haab moved the Kevlar sheets used as a backdrop for target practice away from the wall and told everyone to hide behind them. As it was, the shooter never approached the ROTC rooms.

“So I think the NRA actually bonused us in a way,” Haab told the AP. 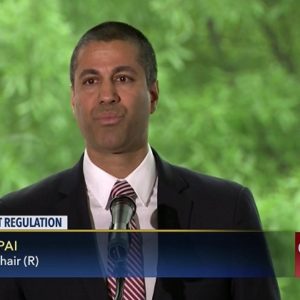 by Eric Lieberman WASHINGTON - The inspector general of the Federal Communications Commission (FCC) has been investigating...