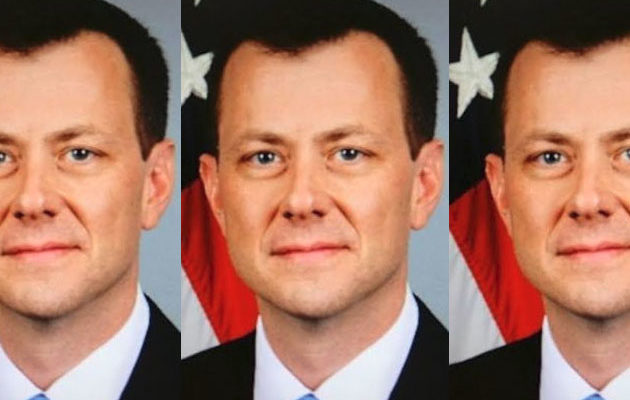 WASHINGTON  – Released texts between Peter Strzok, the FBI agent who ran the investigation into former Secretary of State Hillary Clinton’s email server, and his lover, FBI attorney Lisa Page, reveal the strong possibility that Strzok used his cell phone in a SCIF — a strict violation of protecting classified information.

Such a breach would compromise Strzok’s ability to probe Clinton for mishandling classified info and show a lack of awareness about security breaches, which is what he was tasked to investigate. The text messages that the Senate released Wednesday show that Strzok texted his mistress on Aug. 11, 2016, “We’re in Jims SCIF.”

SCIF stands for Sensitive Compartmented Information Facility, and it is where the most sensitive classified material is kept and stored. SCIFs strictly bar all electronic equipment and require all people place their phones in lockers before entering.

The lead up to Strzok’s visit to “Jims SCIF” took place around meetings at the Department of Justice. Strzok said he had meetings at “DoJ at 4 then Baker 430.”

“You just don’t do it. And most places they will make sure they don’t have one with you. To not only bring it in but actually use it, I can’t fathom that,” he said. “And then to be texting your girlfriend — you’re not allowed to use it even for official government use.”

Strzok was investigating Clinton to determine whether her use of a private email server put classified information outside of secure channels. Strzok later expressed concern after he discovered the FBI had failed to detect emails that were openly labeled classified.

That he’s investigating this while at the same time being guilty of similar violations — apparently texting in a SCIF — the irony is crippling, Waurishuk noted. “He can’t say she [Clinton] can’t do it when he’s doing it himself in the very performance of the investigation into her. Then there’s the issue that if it didn’t occur to him not do to this, is it going to jump out to him if Clinton does similar?”

The retired career intelligence officer expressed dismay that no one would notice the potential security violation from Strzok.

“Anywhere I’ve ever been, someone is going to notice you using [a device in a SCIF], so that tells me the whole system at the FBI is broken,” he sad. “What’s going on in the general counsel’s office? How rampant is this? They should have said ‘Sir, you need to take that out of the building immediately,’ and in some cases depending on the level of classification, they’d have to do a report that there was an inappropriate use of a device that’s not authorized.”

He said the incident was serious enough that the inspector general or congressional committees should want to interview witnesses and validate records to determine whether cell phone usage in a SCIF occurred and whether Baker witnessed it without stopping him.
“I have to ask the question why didn’t the supervisor pull them off the case and say you can’t investigate this when he observed this?” he concluded 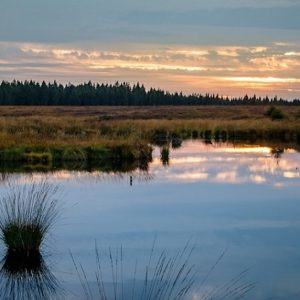 by Andrea Sears NEW YORK - Environmental groups have joined with New York and nine other states in a lawsuit to end delays...