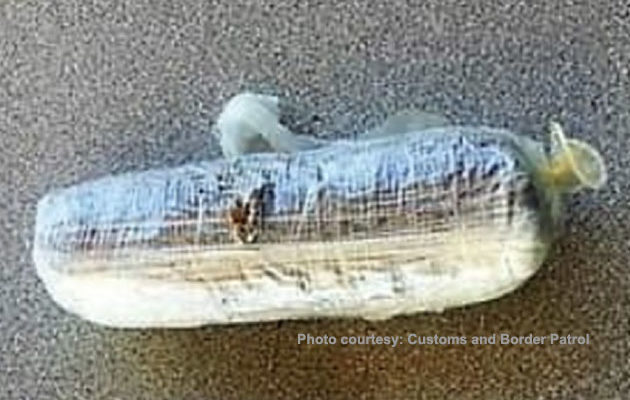 ARIZONA – Border agents discovered a blown up condom stuffed full of heroin in a woman’s car at an immigration checkpoint near Tucson, Ariz., Saturday.

Officials with U.S. Customs and Border Protection from the Nogales Station found the bundle during a routine vehicle search at a random checkpoint set up roughly 20 miles north of the station. Agents at the checkpoint used a K-9 unit to search a Nissan Sentra driven by a 29-year-old woman. The K-9 unit detected an odor inside the car, reports the Washington Examiner.

Agents found 10 ounces of brown heroin stuffed inside a blown up condom during a search of the driver and vehicle. The woman was smuggling the package of narcotics, estimated to be worth roughly $7,8000, under her clothing.

Agents arrested the 29-year-old and took her to the Nogales Station for processing, where she is being held on drug smuggling charges.

Narcotics continue to pour over the border due to the relentless efforts of drug cartels trying to take advantage of America’s debilitating opioid epidemic.

Mexican police seized a staggering 100 pounds of fentanyl in a vehicle bound for the U.S. border Jan. 25 after stopping it for a missing license plate. The massive haul, found just south of the city of Ensenada, Mexico, was enough to kill several million people.

A routine traffic stop by police in Kansas Jan. 19 led to the seizure of 2.5 pounds of pure Mexican fentanyl carrying an estimated street value of roughly $1.3 million.

Fentanyl, a synthetic painkiller roughly 50 to 100 times more powerful than morphine, overtook heroin in 2017 as the deadliest drug in America, claiming 19,413 lives in 2017, according to data from the Centers for Disease Control and Prevention. Law enforcement bodies throughout the country have been reforming practices to better protect K-9 units, officers and their families from the “rapidly evolving threat,” posed by synthetic opioids.

Nationally, drug overdoses are now the leading cause of accidental death for Americans under age 50, killing more than 64,000 people in 2016. Opioid overdoses made up a staggering 66 percent of all drug overdose deaths in 2016, surpassing the annual number of lives lost to breast cancer. 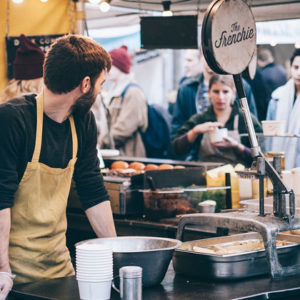 by Jack Crowe WASHINGTON - The new mandatory minimum wage laws set to take effect in 12 states and the District of Columbia...