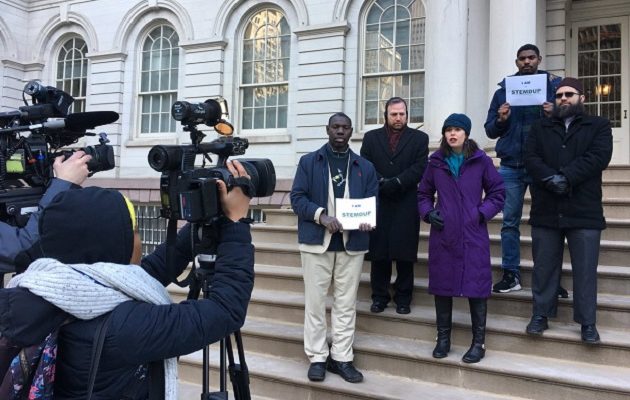 LONG ISLAND, NY – Over the past almost two decades Sheikh Musa Drammeh has become increasingly well known throughout the borough of the Bronx. There he founded the AL-Aman Mosque in 2001, co-founded with his wife Shireena the Islamic Leadership School for Muslim Children the same year, started and became the editor of the widely read and iconic the Muslim Community Report newspaper in 2011 and two years later was named the executive producer of African News Media and Public Emergency Management Adherence (PEMA) TV shows, which run on Bronxnet Television. Sohis recent commentary criticizing the respective views on Muslim terrorism commonly offered by Muslim clerics, liberals and conservatives, caught the attention of people of all political stripes and religious affiliations in the Bronx and reportedly throughout New York City.

Drammeh, 56, whom I interviewed last week, told me that, while he was encouraged by the interest his comments drew, he was only stating the obvious. “The reactions to Muslim terrorism annunciated by liberals, conservatives and Muslim leaders are different. But they do have one thing in common: they are all wrong. This point is obvious to any decent and fair minded American”, stated Drammeh who immigrated from the West African nation Gambia to America in 1986 and currently resides in the Bronx with his wife and their three young adult children.

First focusing on his Muslim co-religionists whom he feels are timorous in their reactions to Muslim terrorism, Drammeh stated, “After deadly terrorists attacks,  Muslim clerics and leaders offer what amounts to be meaningless generic condemnations.”

“Rarely” he continued, “do they acknowledge that the terrorists are Muslims.  And rarely do they explicitly state that the murder of innocent men, women and children of any ethnic background or faith, be the Christian, Jewish, Buddhist or any other religion, goes against the fundamentally peaceful and humanistic teachings of the Muslim religion.” 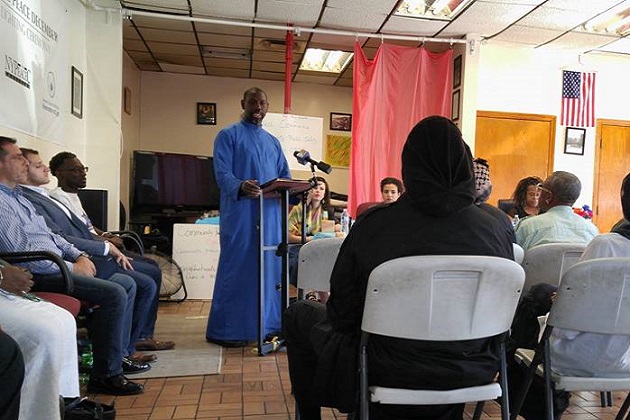 Drammeh offered a similar criticism of liberals for what he contends is their refusal to acknowledge the religious identity of terrorists.  “When a terrorist attack is perpetrated by Muslims, liberals will not even state that fact. Instead of being in denial, liberals should be the first to condemn such barbarism and call upon their ideological peers throughout the world to do the same.”

About his disapproval of the position on Islamic terrorism that he contends the majority of conservatives express, Drammeh was no less direct. “If you believe conservatives, you would think that every one of the more than a billion and a half Muslims in the world is a terrorist”, he stated. “While it is sadly true that there are many terrorists who are Muslims,  it is also equally true that the overwhelming majority of Muslims are anything but terrorists, but rather are pious and peaceful people, who desire to live in harmony with all of their fellow human beings.  It would prove helpful if conservatives acknowledged this.” 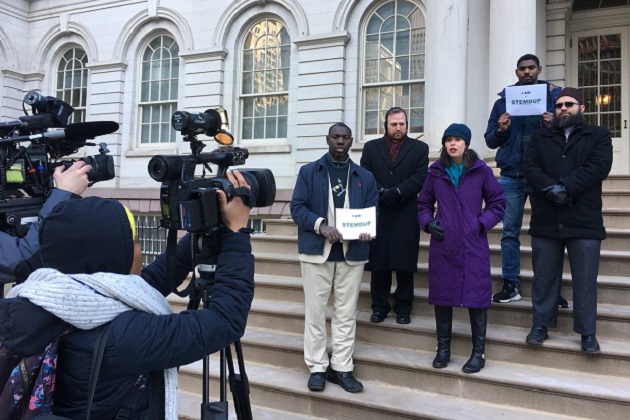 Sheikh Musa Drammeh launching his STEMDUP ERA initiative on the steps of City Hall on Tuesday, December 26, 2017. initiative. On the foreground next Musa is Mrs. Melanie Robbins, at the back to far right is Rabbi Jason Herman, in the middle with a sign is Muhammad Drammeh, and Imam Danny Khalil Al-Puerto Rikani to the far left. Photo credit: Islamic Leadership School

Drammeh has his own analysis and corresponding strategy to combat Muslim terrorism, which he said, unlike the rhetoric offered by differing sides about terrorists and terrorism, is predicated upon facts, rather than ideology. Referring to a recent Pew Research Center study on the average years of school attendance for Muslims under 25 years old, he noted that the worldwide percentage of years of education for Muslims in that age group, of which there are more than 670 million globally, is a dismal 5.6 years, with the lowest numbers coming from the Middle East and North Africa – both 5.9 – and the lowest, Sub-Sahara Africa, 2.6.

“It is hard to believe that in this modern age of the 21st Century so many people of the Muslim faith, which historically has produced so many great scientists and mathematicians, remain uneducated”, he stated.  “Terrorists take advantage of  this ignorance and lack of education to brainwash and recruit their followers. It is only through a humanistic and comprehensive education system for all Muslims that this can be stopped.”

Drammeh told me that he has recently helped formulate such an educational system. “We have a program that is a perfect fit for Muslim students. It is called STEMDUP, which is the acronym for Science, Technology, Engineering and Mathematics, Democracy, Unity and Peace.” 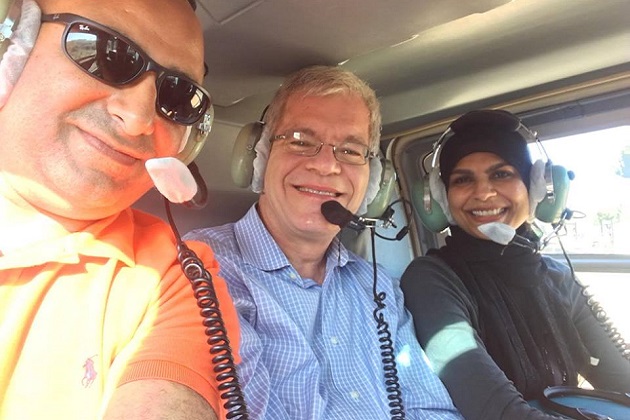 STEMDUP actually derives from a purely academic based program, with a similar, albeit shortened acronym, STEM. First started in American public schools about a decade ago, the STEM system places an emphasis on mathematics in the elementary school, with students learning its four fundamentals – subtraction, addition, multiplication and division- through intensive drills and a variety of real- life based hands-on activities. After these skills are further mastered in the middle school,  students, theoretically, are then able to enter high-school fully prepared to begin their studies of Algebra, Geometry, Calculus and Trigonometry.

The STEM system first attracted him, Drammeh noted, because the math it requires its students to master is conjoined with the three other essential core subjects – Science, Technology and Engineering. “These four disciplines are all interconnected with the fastest growing and best paying professions in the 21st Century”, he stated. “These include medicine, computer science, civil engineering, robotics, among a multitude of others. Once Muslim students master math and become immersed in the entire STEM curriculum, they will be able to compete for these types of excellent jobs, and be in a position to be in the forefront of the worldwide economic growth and development of the 21st Century.”

Still, it is the final three components of the program that Drammeh believes make STEMDUP of particular relevance to Muslim communities throughout the world. “What separates STEMDUP from its progenitor, STEM, is the last three additional words themselves – Democracy, Peace and Unity”, he stated. “The belief in democratic governance,  peace over war and the unity of man and woman kind is the best antidote to extremism in the Muslim World. Add the scientific inventiveness coming from STEM, and you will see Muslims in the center of the dawning of a wonderful new era of peace and prosperity.” 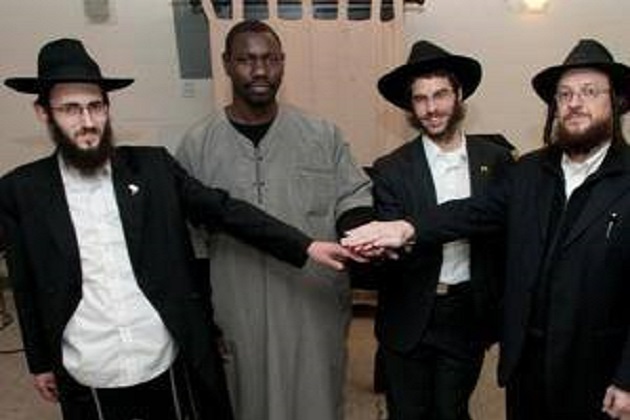 Drammeh singled out the Muslims in the Middle East as being special beneficiaries of this new educational approach. “STEMDUP’s rubric of democracy, peace and unity has the potential to resonate with Muslims in the Middle East”, he stated.  “When they learn that the Al- ardul- Mudadasah (the Holy Land) conflict has been used over the past seventy years by many Muslim leaders to hide their own failure to provide economic growth, educational opportunity and social progress to their own people, they will become open to accepting and learning to live in peace and friendship with the Jewish State of Israel. Once this happens they will experience an economic and social renaissance.”

“They also will learn”, he added, “that the holy land has been part of the Jewish people’s history for more than three thousand years.  So they have every right to live in it today as a sovereign nation in peace and security.  It is also my hope that there will be, next to Israel, a Palestinian state, whose leaders and people fully and sincerely share this vision of friendship and peace.”

Shortly after his arrival to America, Drammeh began to spread a similar message of peace and friendship between Jews and Muslims living in the Bronx.  It began in 1989, when the synagogue The Young Israel Congregation held its yearly clothing drive for needy families of all faiths. Learning of this, Drammeh went to the synagogue and collected clothing items for some of the poorer families of congregants of his mosque, most of whom were recent immigrants from Africa. 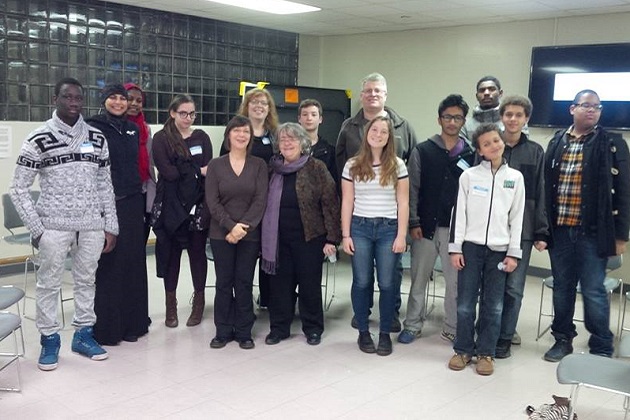 These donations of clothing items from the synagogue continued for the next 12 years. However, it all stopped in 2003, when after years of age related declining membership, Young Israel had to sell its large building and relocate to a tiny nearby storefront. Unable to keep up with the even limited expenses of the new location, the synagogue was eventually forced to finally close in 2007, leaving its approximately two dozen remaining mostly elderly worshipers without a place to pray.

It was at this point that Drammeh stepped in to help his old friends. “I wanted to repay the kindness that my friends at Young Israel had shown us. So I converted part of my mosque into a temple, and they came to pray every Sabbath”, he stated.

Jewish worshipers continued to pray at this make-shift temple which Drammeh provided free for ten years, only ending recently, after the Mosque had to relocate.  Recalling the initial reactions of Muslim congregants to this unique arrangement, Drammeh stated, “More than a few at first were resistant to sharing their mosque. However, it did not take long for almost every one to grow to truly like and deeply respect the Jewish worshipers. It also helped when I explained to them that without Jews there would never have been Christianity and, also, never have been Islam.’’

Drammeh has a life time partner in his mission to develop bonds between Jews and Muslims: his wife, Shireena, who is the principal of the Leadership School for Islamic Children (LDIC) they co-founded 17 years ago. Over the past ten years, under Shireena’s leadership LDIC has been part of a program started by the Islamic Cultural Center of North America in the Bronx in conjunction with the Museum of Jewish Heritage in Manhattan.  Designed to promote mutual understanding and friendship between Jewish and Muslim children, the program includes, among several other ground-breaking activities, students from Yeshivas visiting mosques and students from Muslim schools visiting synagogues.

Drammeh added that he believes that his success bringing Jews and Muslims together in the Bronx could be duplicated in the Middle East and throughout the world – with the help of the STEMDUP program. Thus, he recently started a funding campaign to get this program off the ground. “We  just began the process of finding donors”, he informed me. “And we are extremely optimistic that as we explain how STEMDUP will help end terrorism and create enormous cultural and economic opportunity, leaders of the more modern Muslim nations, major universities and charities throughout the developed parts of the world, various bodies of the United Nations and individual philanthropists will make the contributions that will allow us to open up STEMPUP schools throughout the Muslim world, beginning in nations where there are very few or no schools.”

Should any of these potential donors have any questions concerning Drammeh’s  commitment to building democracy, unity and peace,  they should try to locate some past members of the Young Israel Congregation, who, I believe, will be happy to answer them.

Robert Golomb is a nationally and internationally published columnist. Mail him at MrBob347@AOL.COM and follow him on Twitter@RobertGolomb.

Journalist’s Note: For full disclosure, I report, quite proudly, that as of this past December, the Muslim Community Report became one of the numerous news outlets running my column. 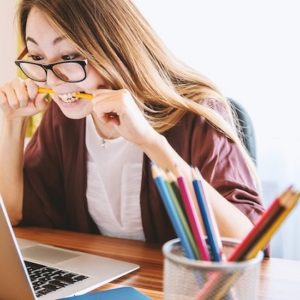