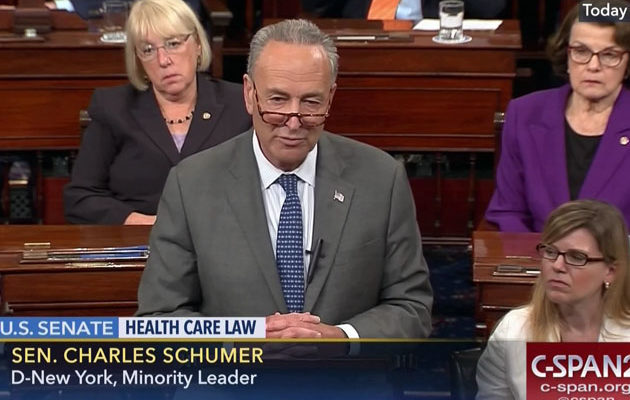 Shutdown Ends: Progressive Lawmakers Attack Schumer Accusing Him of Failing to Stand Up for Illegal Immigrants

NEW YORK – The progressive wing of the Democratic party turned against Senate Minority Leader Chuck Schumer following his decision to end the government shutdown based on nothing more than a verbal commitment from Republicans to hold a vote on the fate of “Dreamers” in February.

The lawmakers attacked Schumer almost immediately, accusing him of failing to stand up for the illegal immigrants at risk of deportation due to President Donald Trump’s rollback of the former President Barack Obama-era Deferred Action for Childhood Arrivals (DACA) program.

Big win for Republicans as Democrats cave on Shutdown. Now I want a big win for everyone, including Republicans, Democrats and DACA, but especially for our Great Military and Border Security. Should be able to get there. See you at the negotiating table!

Schumer’s fellow Democratic leader, House Minority Leader Nancy Pelosi, led the charge, arguing she saw “no reason” to accept the deal put forth by Senate Majority Leader Mitch McConnell: support for a short-term spending bill in exchange for his commitment to hold a vote on immigration prior to the Feb. 8 spending deadline — a concession McConnell says he was willing to make prior to the three-day shutdown.

The senators, many of whom are up for reelection in red states, were hesitant to be seen as prioritizing the interests of illegal immigrants over those of children relying on the Children’s Health Insurance Program (CHIP), that received six years of funding under the spending bill.

“We had people take a very tough stand in states that don’t have a lot of Dreamers and have a lot of kids on CHIP,” another unnamed senator said. “They were already being attacked with this very vicious set of ads that reminds me of the Willie Horton ads of yesteryear.”

Democratic Rep. Luis Gutierrez of Illinois, arguably the most outspoken advocate for the so-called Dreamers, called the deal brokered by Schumer “unfortunate.”

“I think that’s unfortunate,” he said. “I thought they were going to stand tall and firm.”

Gutierrez, who’s been arrested multiple times protesting in favor of more permissive immigration policy, had no explanation for Democrats’ willingness to concede.

“Because they blink, they just do,” he said.

Gutierrez was joined in his assessment of the deal by Democratic Sen. Dianne Feinstein of California — a state that has transitioned from red to blue over the past two decades due to a massive influx of immigrants, both legal and illegal.

“The strategy was to keep it fixed to a must-pass vehicle because there was great worry that the House was not going to pass it,” she said of the legislation McConnell promised to vote on in the Senate.

“The Majority Leader’s comments last night fell far short of the ironclad guarantee I needed to support a stopgap spending bill. I refuse to put the lives of nearly 700,000 young people in the hands of someone who has repeatedly gone back on his word,” Harris, a 2020 presidential hopeful said.

Harris’ opposition highlights a growing rift between the old Democratic establishment and the more progressive rising stars in the party: Sens. Cory Booker of New Jersey, Elizabeth Warren Massachusetts and Kirsten Gillibrand of New York, all of whom joined Harris in opposing the bill. 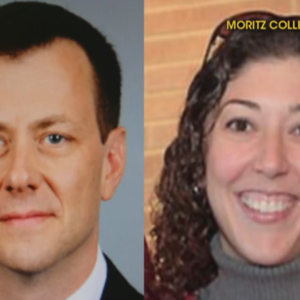