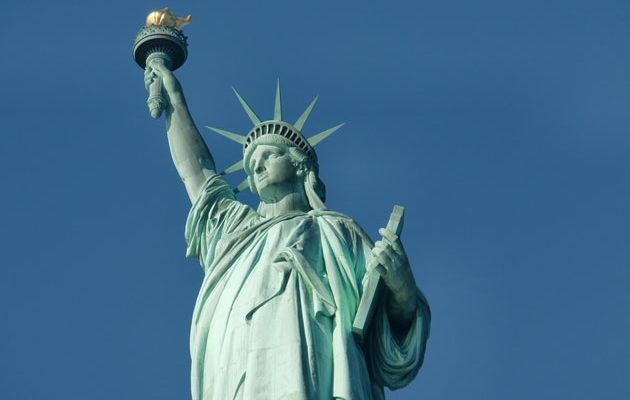 WASHINGTON – In a remarkable filing, the Department of Justice (DOJ) formally asked the Supreme Court to overturn a federal judge’s order requiring the Trump administration to continue administering the Deferred Action for Childhood Arrivals (DACA) program.

The petition is highly unusual, as the government bypassed the 9th U.S. Circuit Court of Appeals and asked the justices to hear the case in the near future — but the administration argues that the move is justifiable, as the lower court order “requires the government to sanction indefinitely an ongoing violation of federal law being committed by nearly 700,000 aliens.”

“The government respectfully submits that the most suitable and efficient way to vindicate the law in these unique circumstances is to grant certiorari before judgment and resolve the dispute this term,” Francisco wrote.

The department announced it would immediately appeal to the Supreme Court Tuesday.

Judge William Alsup of the U.S. District Court for the Northern District of California ruled Jan. 9 that the administration must continue the DACA program, which provides legal status to 700,000 illegal aliens who arrived in the country as children.

The judge concluded that the program’s rescission was based on a flawed legal premise, rendering the action “arbitrary, capricious, an abuse of discretion, [and] otherwise not in accordance with law.”

In its petition to the Supreme Court, DOJ countered that the decision to end DACA “is a classic determination that is committed to agency discretion by law.” 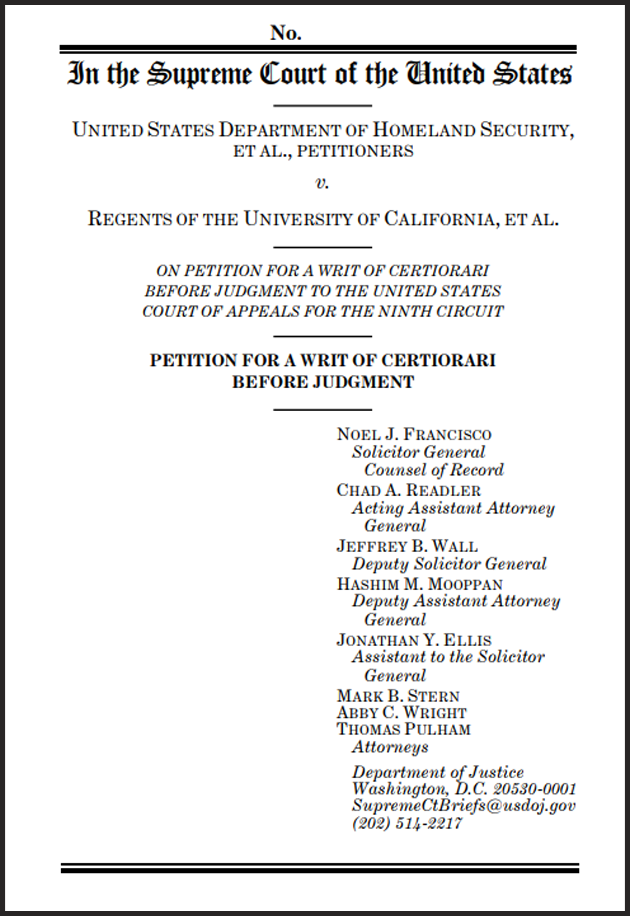 Alsup’s order does not require the administration to process new applicants for the program.

The appeal comes as President Donald Trump is attempting to negotiate a DACA deal with congressional Democrats to avoid a government shutdown.

The University of California system brought the suit challenging DACA’s termination. The system is led by Janet Napolitano, the former secretary of Homeland Security who presided over DACA’s original promulgation during the Obama administration. 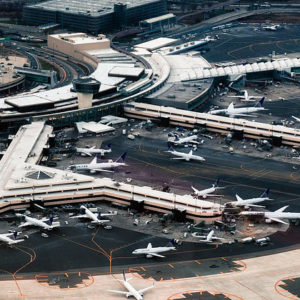 by Thomas Phippen NEW JERSEY - A film crew was caught trying to bring fake explosives through airport security in Newark,...