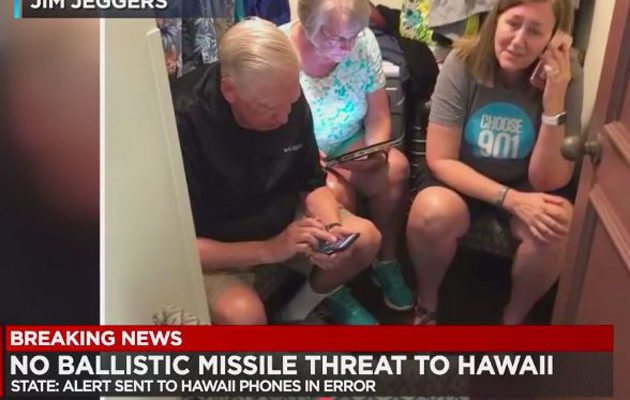 HONOLULU – A message sent in error warning of an imminent attack on Hawaii shook the island state Saturday.

Hawaii woke to a terrifying warning Saturday morning: “BALLISTIC MISSILE THREAT INBOUND TO HAWAII. SEEK IMMEDIATE SHELTER. THIS IS NOT A DRILL.” About 12 minutes later, the Hawaii Emergency Management Agency tweeted that there was no ballistic missile threat to the state of Hawaii, but it took more than 30 minutes for another phone alert to be sent out. In that time, terror spread across the state.

The U.S. Pacific Command has detected a missile threat to Hawaii. A missile may impact on land or sea within minutes. THIS IS NOT A DRILL.

The people of Hawaii were instructed to “seek immediate shelter.” For 38 minutes, the Aloha state was under the impression that an ballistic missile was on its way.

The alert caused “pandemonium and panic,” according to Colleen Hanabusa, who serves as the representative for Hawaii’s first congressional district.

“You can only imagine what kicked in,” Hawaii Rep. Tulsi Gabbard told CNN. “This is a real threat facing Hawaii, so people got this message on their phones and they thought, 15 minutes, we have 15 minutes before me and my family could be dead.”

This was my phone when I woke up just now. I’m in Honolulu, #Hawaii and my family is on the North Shore. They were hiding in the garage. My mom and sister were crying. It was a false alarm, but betting a lot of people are shaken. @KPRC2 pic.twitter.com/m6EKxH3QqQ

Reports surfaced that in one location, families were supposedly loading their kids into storm drains to protect them from the expected blast. These reports remain unconfirmed.

“We got alerts on our phone,” a CNN producer said, describing the situation. “We opened our sliding glass door to look out onto the beach, we saw probably 10 different families running, not walking, running back to their room.”

One shocked out-of-town visitor told the New Zealand Herald that she didn’t think she would live to see her 18th birthday. “I felt sick and woke up all the family before rushing and packing my bags,” she explained, adding, “Twitter eased our worries before a long waited 40 minutes when the official alert said it was a ‘false alarm.’ I turn 18 tomorrow and really thought I wasn’t going to make it!”

People took shelter in garages and basements, holding their loved ones close in what they feared might be their final moments.

Emergency phone lines were reportedly jammed, and many people were forced to turn to social media for answers. “The whole state was terrified,” lawmakers said, calling the false alarm an “inexcusable” action.

Hawaii reports that the message was sent in error, while the White House asserts that this was just a state drill. The FCC has announced that it will launch a full investigation into the matter. 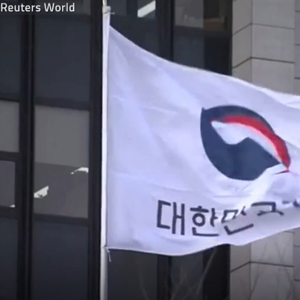 by Ryan Pickrell  SEOUL - North and South Korea have reportedly been discussing the possibility of fielding a unified...