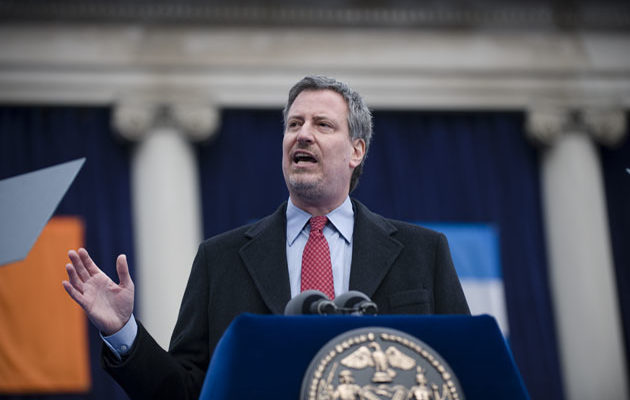 The New York Times and other media outlets are asking the Democratic mayor why he won’t change his lifestyle to match his new-found anti-oil position. They are also criticizing de Blasio for not taking more concrete measures to address climate change.

“By divine right of mayoralty, or someone, 13 vehicles waited at the curb in a no-standing zone,” NYT’s Jim Dwyer wrote in an editorial Thursday, referring to a cadre of gas-burning vehicles waiting for de Blasio to leave a prayer breakfast he attended shortly after announcing plans to divest the city of oil assets.

“The engines on those big boys were running while the mayor was inside, for about two hours,” Dwyer noted, adding that de Blasio has frequently taken positions on the environment that don’t always jive with the way he lives his life. Other outlets went a step further.

The New York Observer, for instance, labeled him an “Imperial Hypocrite” in a piece Thursday for using a two SUV caravan to drive him to a YMCA located 12 miles from his home, even though there are at least 13 other YMCAs located closer to his mansion.

Andy Revkin, a former NYT reporter and now-writer for ProPublica, leaned into the fight as well, blasting de Blasio in a tweet Wednesday for targeting ExxonMobil and others who produce the oil that New York City’s population crave.

He especially took issue with the mayor’s decision last year to oppose so-called congestion pricing, a measure intended to fine drivers for sitting at curbs for too long while their vehicles are in idle.

“Sorry, but the lawsuits over climate change costs by @sfgov, @oakland & especially @nycmayor seem more posturing than substance,” Revkin wrote on Twitter in response to a tweet from environmentalist Bill McKibben. “Who benefitted from all that oil? And for di Blasio, particularly, how can he do this while opposing #congestionpricing?”

Sorry, but the lawsuits over climate change costs by @sfgov, @oakland & especially @nycmayor seem more posturing than substance. Who benefitted from all that oil? And for di Blasio, particularly, how can he do this while opposing #congestionpricing? https://t.co/wj7hPhk78p pic.twitter.com/pwcgJWTGKm

De Blasio, who blamed global warming for Superstorm Sandy, is also pushing for the city’s pension funds to divest from oil companies, which could cost city employees $2.8 billion over two decades, according to the industry trade group National Association of Manufacturers (NAM).

“Divestment won’t do anything to cut greenhouse gas emissions. All it does is pass stocks from one shareholder to another,” NAM Vice President Chris Netram said in a press call with reporters Wednesday.

Pension boards are ultimately in charge of the decision to divest or not. City Comptroller Scott Stringer will join de Blasio in his call to divest. However, state Comptroller Tom DiNapoli has historically advocated for the pension funds to remain invested in fossil fuel companies, Politico reports.

Featured photo: De Blasio speaking at his January 2010 inauguration as New York City Public Advocate, The office of Public Advocate for the City of New York 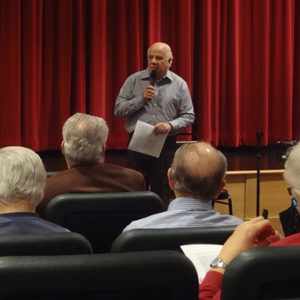 by Christopher Boyle LONG ISLAND, NY - For many years, the Free Masons have had their names spoken in hushed tones,...