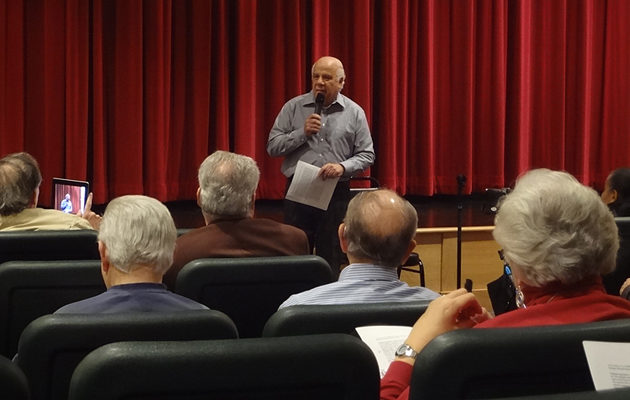 LONG ISLAND, NY – For many years, the Free Masons have had their names spoken in hushed tones, with many regarding the mysterious organization with awe, mistrust, and confusion. Who are they? What do they want? And who is entwined with their group?

Lecturer Saul Silas Fathi recently spoke on this complex topic at the Plainview-Old Bethpage Public Library as it relates to a very specific facet of United States history- Freemasonry’s alleged connections to the highest echelons of American government.

Freemasonry is a fraternal organization, often considered by many as a “secret society,” whose obscure origins date back possibly hundreds of years to the late 16th century; their goal, according to member and Merrick resident Michael Horowitz, is moral uprightness and the good of each other and the community they belong to.

“It’s a fraternity of men who are bonded by friendship and the love of one another…it’s not religious, and it’s not political,” he said. “We do a lot do community service and activities, and we donate millions of dollars to different charities. And each state is independent of each other, each with its own Grand Lodge that governs that various independent lodges in that state. It’s a worldwide organization…overall, we have about six million members.”

Guest lecturer Saul Silas Fathi was born to a Jewish family in Baghdad, Iraq; at the age of 10, he and his brother were smuggled out to Israel. When he was older, he moved to Brazil where he fell upon hard times and nearly starved while looking for work. Eventually making it to the United States on a student exchange visa, Fathi earned his citizenship and a college education by serving in the Army for three years. Completing his degree in electrical engineering, he later went on to start and manage high-tech companies. 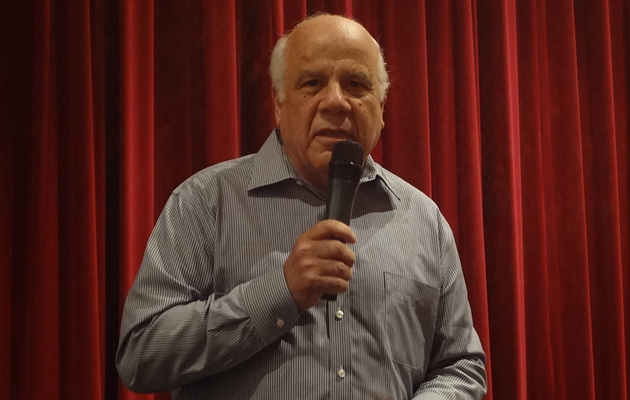 Fathi, who currently resides in Central Islip with his wife, finally retired in 2003 and is currently active on the local lecture circuit in the tri-state area. He speaks at various venues on a variety of subjects, ranging from history to science to religion, including the topic of this day’s discussion- Freemasonry and its connection to multiple U.S. Presidents.

“It’s very unique in that 14 great Presidents of the United States joined the Free Masons and achieved high level, third degree rankings. George Washington was the first, and Gerald Ford was the last,” he said. “George Washington actually designed Washington D.C., and he used an architect who was also a Free Manson, so there are many conspiracy theories about the construction of Washington D.C. and the White House.”

Other topics Fathi aimed to address with his presentation were several misconceptions that the general public tends to have regarding Freemasonry.

“Some people think it’s a religion, some a political movement, and others equate it to atheism, but it’s not any of those,” he said. “It’s based on morality, which all religions are, but Free Masons can belong to any religion in the world…in that way, they are very, very unique. Many other groups force you to convert to their faith, but Freemasonry allows you to remain who you are and embrace it strictly based on morality.”

William Stris of Valley Stream is another member of the Free Masons, and came to Fathi’s lecture to experience a great account of national history, as well as having a question or two answered.

“I saw this lecture advertised on the library’s website, so I thought I’d stop in and see what it was all about,” he said. “I greatly enjoyed Mr. Fathi’s lecture, but while he stated that there were 14 Presidents who were Free Masons, I want to ask his opinion on 36th President Lyndon B. Johnson, who was what they call an ‘entered apprentice’ in the organization…I think that would technically make him a Mason, which would make him the 15th President involved. I minor point, I know, but I’m just curious what he thinks.” 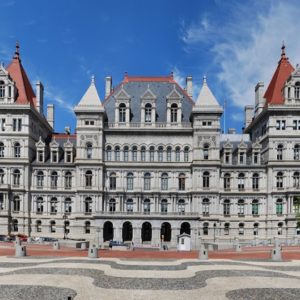