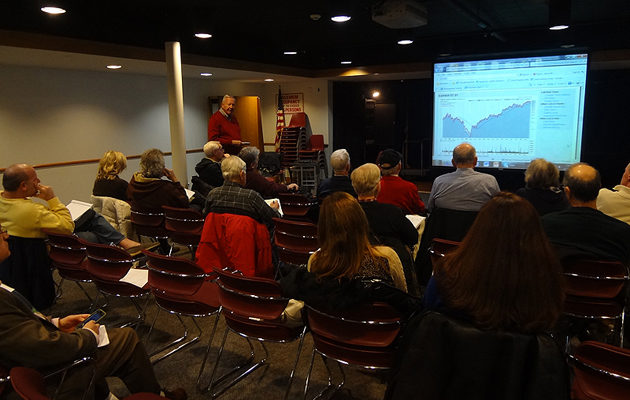 LONG ISLAND, NY- Thomas K. Lloyd, a 50-year Massapequa resident, first got involved in managing other people’s finances at an age where most boys are more concerned about baseball cards than juggling numbers.

“When I was 12 years old, my mother gave me the prospectus for a company called Technicolor, Inc. Back then, Technicolor was in its heyday, much like Apple is today. Color movies were the new thing,” he said. “She said, ‘read this.’ It was all full of numbers and income statements and things like that. I just looked at the pictures. She asked me, ‘should I buy the stock?’ I said ‘absolutely.’ That was my first successful stock recommendation!”

The memory of that early triumph remained with Lloyd, and ultimately shaped his future career path; he later attended college and got his Master of Business Administration degree in Accounting and went to work on Wall Street for 25 years.

“That’s how I spent my life,” he said. “Talking to portfolio managers.”

Despite now being retired, Lloyd said that he still keeps his foot in the financial game just for fun; in addition, he has been holding a monthly series of lectures on the stock market at the Massapequa Public Library’s Bar Harbour branch. The lectures cover all aspects of the happenings on Wall Street, and are aimed at novices and seasoned veterans alike.

“In tonight’s presentation, we’re talking about confirmed buy signals and confirmed sell signals,” he said. “So you will know if what you’re looking at is really a buy signal or a sell signal, and we’ll cover how to overcome them. We’ll be discussing several stocks and taking a look at some charts. I cover both fundamentals and technical aspects…this is basically a technical approach to buy and sell signals.” 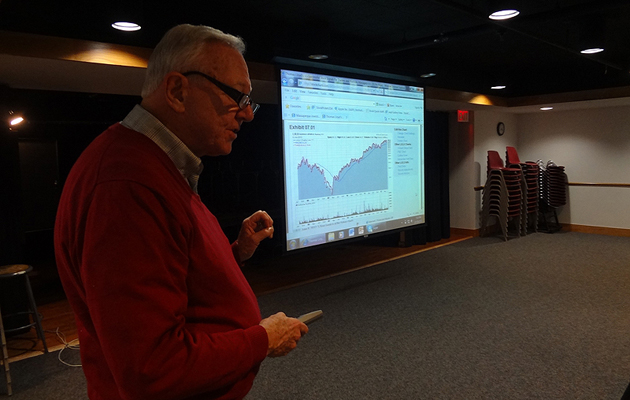 Thomas K. Lloyd holding a lecture on the ins and outs of the stock market. Photo Credit: Chris Boyle.

Lloyd’s long career has given him a unique viewpoint on the stock market and how it’s evolved over the years; in fact, he said that a large chunk of the population of the United States are unaware of just how bad things had really gotten when the ongoing national recession was at its worst.

“Most people don’t realize just how close we came to a depression,” he said. “During the first depression of the 1930’s, the Federal Reserve, the central bank of the United States that controls the money supply, was very passive and did nothing. This time around the Federal Reserve learned their lesson and saved us from another Depression. But we came very close.”

But while Lloyd said that the economy is on the mend, it remains a slow and arduous process, and one that isn’t getting all of the help that it should.

In fact, things are seriously starting to looking up, said Lloyd.

“The market was up 300 points today!” he announced. “Things are definitely improving in the market…it has some real upward momentum now.”

Brian Carey of Massapequa, despite being retired from a 29-year Wall Street career as an executive Vice President, still finds attending Lloyd’s seminars to be a valuable tool in expanding his know-how of the stock market.

“Thomas has excellent analytical skills, which go a long way to helping people to pick the right stocks,” he said. “No matter how long you’ve been involved in the market, you can always learn something new.”

Massapequa Park resident Paul Bulzacchelli is an individual investor with his own retirement funds; he said, that Lloyd’s program gives him increased perspectives and the ability to research and decide upon various stocks and strategies.

“I think he’s very knowledgeable, and many of the people here seem to be investment professionals,” he said. “I’ve never worked in the financial field, but I find it interesting…though this, I’ve found several websites that I use to follow the stocks I’ve invested in. It’s a great help.”

Joanne Villani makes the monthly trip for Lloyd’s seminars all the way from Port Washington; she said she does so because the information she gleans from them is more than worth the tire wear and gas money she expends.

“I’m a novice, but I always come here because Tom explains everything I’m trying to learn, and he’s a great teacher,” she said. “He’s very patient and he knows how to present the material in a very easy way that someone, who may be a novice, can take the information and use it effectively.” 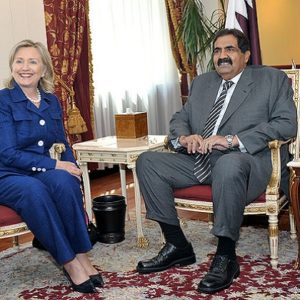 by Robert Donachie WASHINGTON - The Justice Department is investigating the Clinton Foundation to see whether or not it participated...