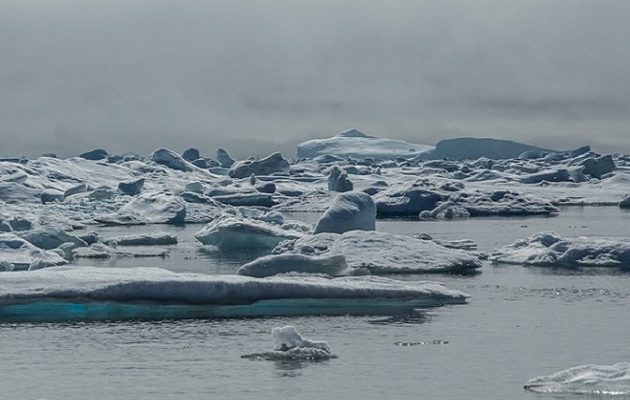 NEW YORK, NY – Record snowfall, a “bomb cyclone” and cold Arctic air have once again stirred up the debate over global warming’s impact on winter weather.

Some climate scientists are pointing the finger at manmade global warming as a culprit behind recent wintry weather, but there’s not a lot of evidence or agreement that global warming is currently driving extreme cold and snow.

But Mann, who often invokes the “consensus” on global warming, seems out of step with the evidence on this issue. Kevin Trenberth, a scientist with the National Center for Atmospheric Research, said “winter storms are a manifestation of winter, not climate change.”

“The Arctic is greatly affected by climate change and it has a feedback effect – but not in winter,” Trenberth told The Daily Caller News Foundation. “It is not a cause but a part of climate change.”

“Such claims make no sense and are inconsistent with observations and the best science,” University of Washington climatologist Cliff Mass said of claims made by Mann and others. “The frequency of cold waves have decreased during the past fifty years, not increased. That alone shows that such claims are baseless.”

“And on a personal note, it is very disappointing that members of my profession are making such obviously bogus claims,” Mass said. “It hurts the science, it hurts the credibility of climate scientists, and weakens our ability to be taken seriously by society.”

Every winter seems to reignite the global warming debate. Things got intense in 2014 when former White House science czar John Holdren put out a video where he claimed that year’s “polar vortex” was actually a sign of global warming.

Holdren’s video was largely based on research by Rutgers University scientist Jennifer Francis, which claims that warming in the Arctic is making the jet stream more wobbly, making cold snaps and nor’easter storms more frequent.

Holdren later admitted that his video was based on his “personal opinion” of the science, but the argument is still used every time cold Arctic air pours down through the lower 48 states.

“When this pattern is in place, nor’easters are likely to form along the boundary between the cold air and the warm Atlantic, fueled by the dynamics in the flow of the jet stream along the eastern seaboard,” Francis said in an emailed statement on current U.S. weather conditions.

“We can’t say this particular storm is caused by global warming, but we can say that the persistent ridge/trough pattern, which is one factor in causing nor’easters, is likely to occur more frequently,” Francis said.

Mann wrote that global warming may be “causing the jet stream to meander in a particular pattern” that causes cold spells in the eastern U.S. Mann suggested this pattern was being driven by “the dramatic loss of sea ice in the Arctic.”

Yet, scientists aren’t sold on this theory. Mass noted how theoretical research shows the opposite happening, future warming would drive less undulation in the jet stream and heat up the area responsible for cold spells in the U.S.

“Research documented in peer-reviewed journals has demonstrated that there is no evidence for their claims of increasing frequency of ‘lazy jet streams’ and blocking over time,” Mass said.

“If you substantially warm the source region of cold air, cold waves will decline,” Mass said.

A 2014 study led by Colorado State University climate scientist Elizabeth Barnes found no evidence to back up the theory that a lazy or wobbling jet stream was becoming more frequent.

“There is much disagreement on whether we have already witnessed substantial impacts,” Barnes wrote in a Thursday blog post for the Climate Variability and Predictability program.

Neither Barnes nor Francis responded to TheDCNF’s request for comment.

Winter Storm Grayson has been another flashpoint in the climate debate. The “bomb cyclone” brought freezing temperatures and heavy snowfall to the eastern seaboard.

“We can expect more intense nor’easters as human-caused climate change continues to warm the oceans,” Mann said, referring to the “bomb cyclone” that hit the northeast Thursday.

Basically, as the Atlantic Ocean warms, it will interact with cold air off the North American continent, leading to more nor’easters.

“The storm will be encountering that exceptional ocean heat as it travels northward along the US coastline, and that is part of why it has a very good chance of becoming the most intense nor’easter we’ve yet observed,” Mann wrote.

“The term ‘bomb’ for such storms was coined almost 40 years ago by MIT’s Fred Sanders,” Curry told TheDCNF, “who spent much of his career studying such storms back when global warming most definitely was not a factor.”

50-60 Northern Hemisphere “bomb cyclones” each year (blue line 1979-2010) sprinkled among the North Pacific and North Atlantic — at any given time, there’s one in the open ocean mixing fish & rocking cargo ships with massive waves from hurricane force winds. pic.twitter.com/HwmTQwabJD

Curry said that while “warmer oceans can cause greater snowfall,” storm intensity is also influenced ” by the patterns of sea surface temperature not so much the average temperatures.”

But Mann’s arguments are more based on expectations of what could happen with more warming, and have little to do with current trends in “bomb cyclones.”

Weather.us meteorologist Ryan Maue, an expert on cyclones, pointed out there are between 50 and 60 “bomb cyclones” every year in the Northern Hemisphere, many of which we don’t notice because they are too far out at sea.

But Maue’s research on “bomb cyclones” also don’t show any discernible trends from 1979 to 2010. 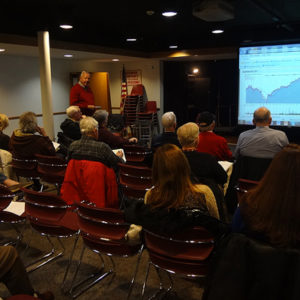