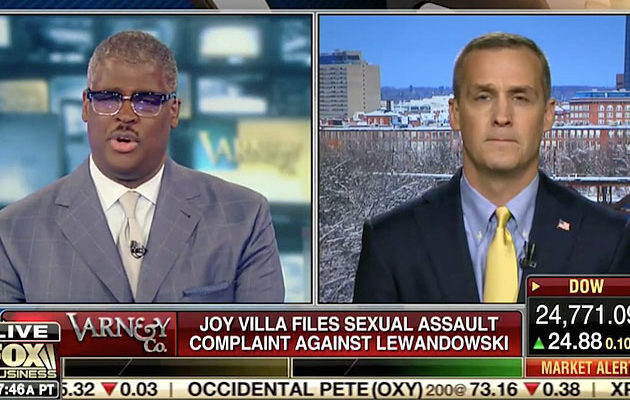 Host Charles Payne (photo left), who was suspended for sexual misconduct in June and was later reinstated, gave Lewandowski the opportunity to respond to the accusations, but Lewandowski declined and would not give any further details.

“There’s a due process and there’s a process which they will go through to determine a person’s innocence, which I think you’ve been through. And you understand it and you respect it,” Lewandowski said.

Villa claims she was assaulted by Lewandowski at a party at the Trump International Hotel in Washington, D.C., in November.

Payne pressed him again to explain Villa’s motives and said she claims to have two witnesses, but Lewandowski remained steadfast he could only speak for himself.

“That’s a question for her. I’m not here to speak for Joy,” he said. “What I am here to do is speak for me. And what I am going to do is let the process play forward just as you did when you were accused of sexual harassment in your own case.” 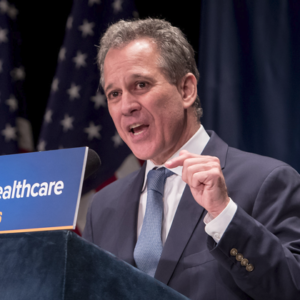