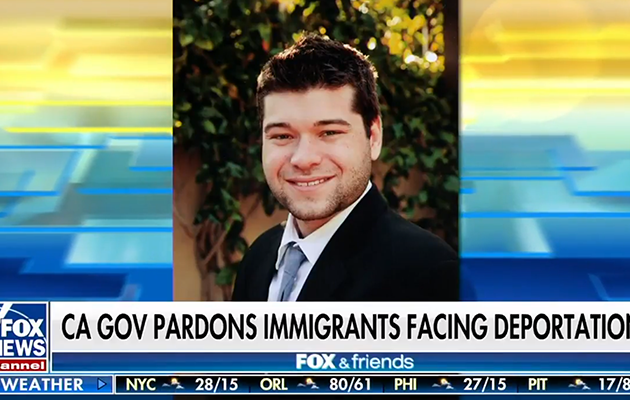 CALIFORNIA – The father of a young man killed by an illegal immigrant slammed California’s sanctuary state law on “Fox and Friends” Wednesday, and said Democratic Governor Jerry Brown should go straight “to hell.”

“I wish he would get on the bullet train, first stop to hell, and he should get off and stay there,” Don Rosenberg said. “His concern for criminals, be they legal or not, is outrageous and has cost the lives of many Californians.”

Rosenberg’s son, Drew Rosenberg, was killed by Roberto Galo in 2010, an illegal immigrant from Honduras. Drew was on his motorcycle in San Francisco, when Galo made a last-second turn and collided with him. Galo continuously ran over Drew’s body in an attempt to flee, before finally jumping out of his car and running away.

Galo was stopped by the San Francisco Police months earlier for driving without a license and going the wrong way down a one-way street. Instead of being arrested, Galo was cited and released, according to CBS News.

Rosenberg said the charge against Galo was originally vehicular homicide, but was then reduced to misdemeanor vehicular manslaughter. Galo only spent 43 days in jail for killing Drew, and was allowed to continue living in the United States for two more years until he was deported.

“When Obama was president we couldn’t even talk to anybody,” Rosenberg said. “There was no response whatsoever.”

He also expressed concern over a potential deal on the Deferred Action for Childhood Arrivals (DACA) program, and said the government should fix the rest of the immigration system before addressing the issue.

“Our position is you don’t do anything about DACA until you take care of everything else with illegal immigration and I’m very nervous about that one,” Rosenberg said.

San Francisco is a sanctuary city, and recently came under fire for finding Jose Ines Garcia Zarate not guilty for the murder of Kate Steinle. A jury found the illegal immigrant not guilty on all counts, except for felony possession of a weapon. Steinle’s murder sparked a national debate about the legality of sanctuary cities and the politicization of immigration.

Rosenberg appeared in a television ad in May where he referenced Steinle and his son, saying “California should be a sanctuary, for Californians.” He appealed to Brown not to sign the bill making California a full sanctuary sate, but Senate Democrats passed the bill on a party line vote and Brown signed the bill into law in October. 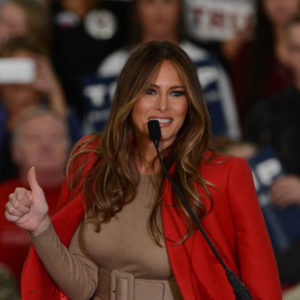