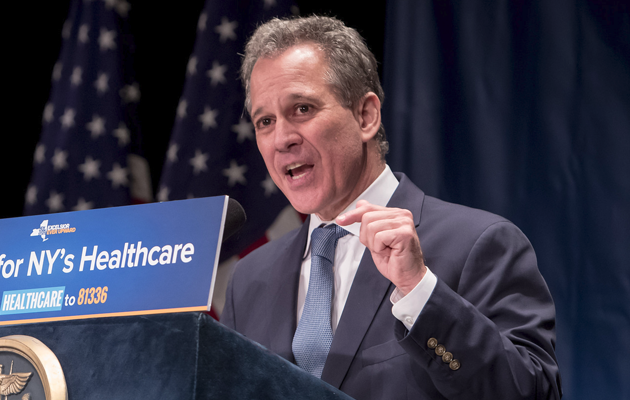 NEW YORK – NY Attorney General Eric Schneiderman, who is assisting special counsel Robert Mueller’s investigation of Russian interference in the 2016 presidential election, boasted of his successful resistance to the Trump administration in a Tuesday Medium post.

Schneiderman, who could play an essential role in the disposition of Mueller’s investigation, has effectively branded as a public anti-Trump litigator during the president’s first year, in keeping with the history of hostility between the two men.

Tuesday’s Medium post accompanied a profile of Schneiderman in The New York Times, which noted that the AG lodged 100 legal or administrative challenges to administration policies during Trump’s first year in office. Such challenges include lawsuits contesting the travel ban and rescission of the Deferred Action for Childhood Arrivals, an Obama-era amnesty policy that grants temporary status to illegal immigrants who entered the country as children.

“We try and protect New Yorkers from those who would do them harm,” Schneiderman told TheNYT. “The biggest threat to New Yorkers right now is the federal government, so we’re responding to it.”

The AG is building a political profile around his anti-Trump bona fides. Schneiderman told TheNYT that he has invested resources and personnel in anti-Trump litigation efforts, while coordinating with other Democratic state attorneys general to challenge the administration in court. His official Twitter feed regularly features content attacking the president or promoting the AG’s litigiousness.

2017 was a year of legal resistance. With the tireless efforts of the talented attorneys on my staff, my office has now taken over 100 legal & administrative actions to protect the people of NY from attacks by the Trump administration. https://t.co/WM4K1nhbfG

Mueller’s office retained Schneiderman’s assistance in August in a bid to establish greater leverage against the president and his loyalists. Though the Constitution invests Trump with the power to pardon violations of federal crime, he cannot grant relief from state and local prosecution. Schneiderman’s cooperation provides a powerful supplement to the special counsel’s office, as it ensures criminal prosecutions may still proceed against any person Trump might pardon, diminishing the president’s assurances to wavering supporters.

The extent of cooperation between the two offices is not clear, though unnamed sources close to the investigation say they have shared evidence and discussed potential cases. Schneiderman was circumspect on the topic in his NYT profile. The AG said he was “watching [the investigation] from the outside, like everybody else,” and aides told TheNYT that they halted their investigation of former Trump campaign chairman Paul Manafort’s finances out of deference to Mueller.

The New York attorney general is a natural ally of the special counsel. Many of Trump’s associates and business interests are based in New York City, where Schneiderman has power to bring cases. His office was also investigating Trump well in advance of the 2016 election. The AG brought a $40 million civil case against the now-defunct Trump University in 2013 for fraud and illegal business practices. Trump settled the suit for $25 million during the transition.

Relations between Trump and Schneiderman have long been characterized by mutual animosity. Trump loosed a steady barrage of disparagement against the AG on Twitter during the Trump University civil case. In a string of October 2014 tweets, he accused the AG of wearing Revlon eyeliner and blowing cocaine at a revolting Manhattan dive. 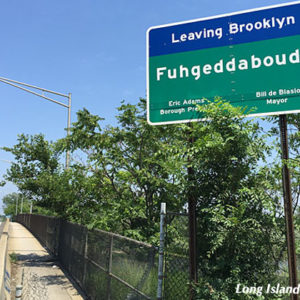 by Will Racke NEW YORK, NY - Three Democratic-leaning states hemorrhaged hundreds of thousands of people in 2016 and 2017...