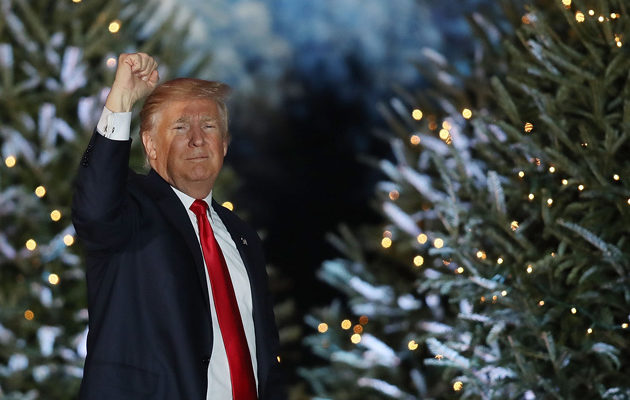 WASHINGTON – Senators narrowly passed Republicans’ rewrite of the tax code in the wee hours of Wednesday morning, along party lines.

Senate lawmakers passed The Tax Cuts and Jobs Act 51-48 Wednesday roughly 10 hours after their House colleagues kicked the measure over to the chamber.

All Republican senators voted for the bill, minus GOP Sen. John McCain of Arizona, who remained in Arizona to continue recovering from his latest round of cancer treatments and a recently acquired viral infection.

While it passed in both chambers of Congress Tuesday, the bill still faces one more vote in the House before President Donald Trump can sign it into law.

The Senate parliamentarian announced only a few hours prior to the vote that two features of the bill did not meet the chamber’s reconciliation requirements, forcing leadership to make last-minute changes before voting. The rules require that every provision within the bill have a direct impact on the budget.

Leadership nixed changes to 529 college savings plans and criteria for whether private universities’ endowments are subject to taxation from the bill Tuesday before voting.

The reconciliation process allows the majority party to pass legislation with a simple-majority vote (51) and bypass the filibuster process. Senate Republicans failed a handful of times to repeal and replace Obamacare using the process in 2017, and they appeared to have just enough votes to pass the 50-vote threshold coming into Tuesday’s session.

House leadership has advised its members to remain in Washington through Wednesday to be present for a possible vote.

“Members are advised that we expect Senate Democrats to insist on a Byrd Point of Order on the Conference Report to Accompany H.R. 1, which is likely to be sustained,” House Majority Whip Steve Scalise’s office said in a statement Tuesday evening. “As such, Members are further advised that an additional procedural vote on the Motion to Concur is expected tomorrow morning, which will clear the bill for President Trump’s signature.”

The bill is an amalgamation of the previously passed House and Senate bills.

Instead of shrinking the number of tax brackets from seven down to four, as Trump campaigned for in 2016, the bill includes seven brackets with stratified rates for income earners. The lowest income earners, under the Republican bill, will pay 10 percent and the highest income earners will pay 37 percent. All of the tax breaks for individuals expire in 2026.

The bill doubles the standard deduction, which could be a political boost for Republicans in 2018 since most taxpayers take advantage of that feature. Those who itemize their deductions, like taxpayers in New York and California, could see their overall tax bill rise.

It cuts the rates for the majority of American businesses, permanently lowers the corporate income tax rate to 21 percent and solidifies a rate for corporations to repatriate capital from overseas.

One caveat is that the Republican plan barely touches a loophole in the tax code that exclusively benefits billionaire investors. The loophole, known as carried interest, effectively ensures that a home builder or other local business person would pay a higher tax rate on their income than a Wall Street hedge fund manager would pay even on a larger income.

Republicans keep the loophole in place but change it such that investors have to hold an investment for at least three years to receive the lower tax rate.

House lawmakers were not able to close all of the tax breaks and deductions they nixed in their original proposal. The bill keeps tax-free tuition waivers for graduate students, allows filers to deduct interest on student loans and keeps a number of other favored breaks.

The bill is expected to raise the federal deficit roughly $1.46 trillion over the next decade, a figure that has caused a great deal of backlash from Democrats and the public.

Another feature of the legislation that is drawing flack from Democrats is the repeal of Obamacare’s individual mandate. The mandate is one of the least popular features of the Affordable Care Act and nearly every Republican push to repeal and replace Obamacare in 2017 included a full repeal.

Democratic Sen. Dick Durbin of Illinois ripped the provision on the Senate floor before the vote Tuesday night. The senator warned repealing the mandate would cause “13 million Americans” to lose health insurance, a figure the Congressional Budget Office predicted in early November. 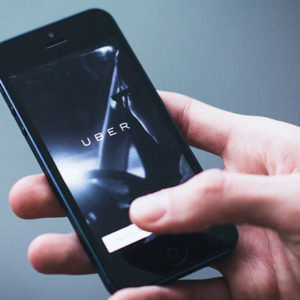 by Jacob Bojesson EUROPE: The European Union’s top court ended a years-long dispute Wednesday when it ruled that Uber...